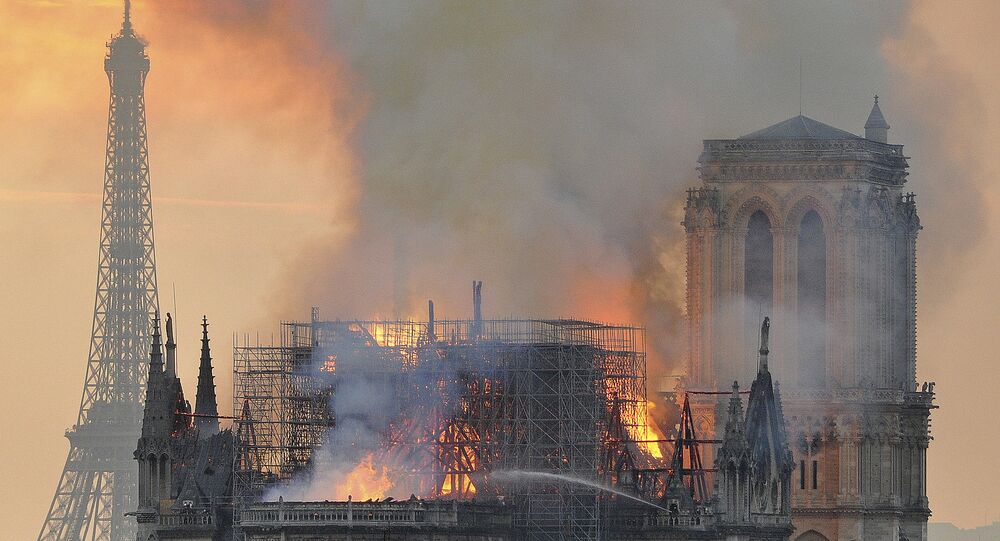 The draft law was adopted on Friday in a 32-5 vote, with 10 abstentions, the French parliamentary television channel reported.

The bill envisages tax privileges for those donating money for the cathedral’s reconstruction.

Twitter Screenshot
WATCH: Drone Footage Shows Notre Dame Cathedral’s Roof Secured
A massive fire broke out at the cathedral on April 15, causing the collapse of the Notre Dame spire and two-thirds of the roof. The blaze was fully extinguished only on early April 16. Though the inferno badly damaged the iconic cathedral, the two main towers, relics and main works of art were saved.

French President Emmanuel Macron has described the inferno as a terrible tragedy and promised to rebuild the 850-year-old cathedral within five years.