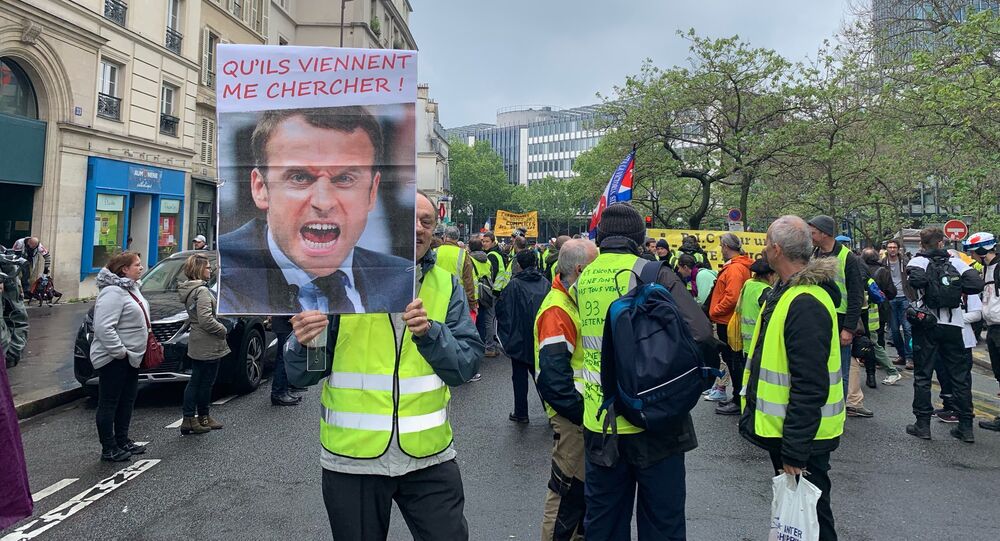 Activists gathered on Saturday in Paris for the 26th consecutive week of Yellow Vests protests, as President Emmanuel Macron has pledged to cut the income tax in order to ease the economic burden on French taxpayers.

Last week, three separate protests took place in Paris, and people took to the streets of Lyon, Toulouse and Montpellier. In addition, another rally took place at Charles de Gaulle Airport, where people protested against the privatisation of the airport.

WATCH 360 Footage From May Day Yellow Vests Protest in Paris