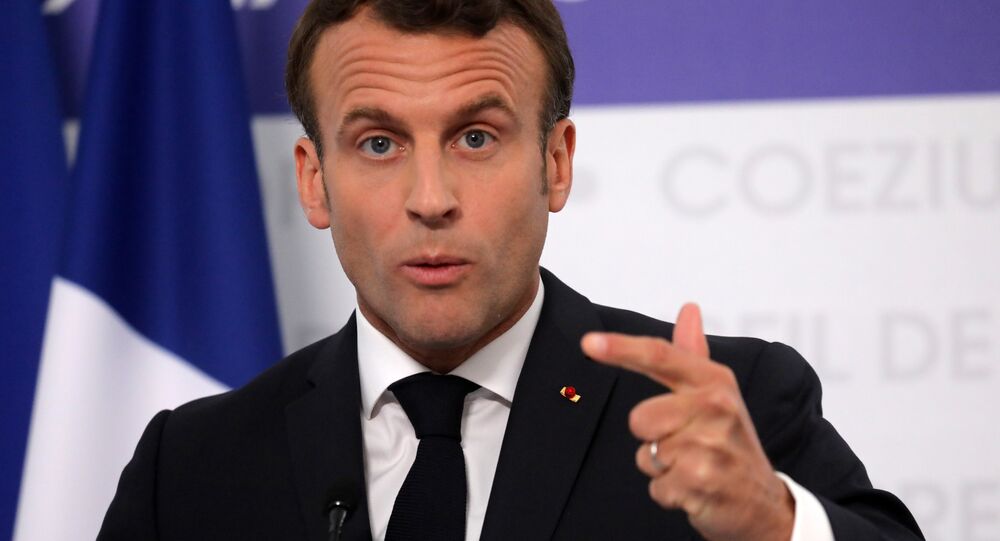 According to Le Pen, since the incumbent heads La République En Marche! Party and is also at the helm of the election campaign, elections to the European Parliament constitute a confidence vote in Macron, and should he lose this “vote of confidence”, he will have to follow the example of General de Gaulle and step down.

“We need to be consistent. Macron is a party leader. He puts all his weight in the balance. These European elections therefore become a referendum against Macron. In these circumstances, he must do as General de Gaulle: if he loses, then he will have to leave”, the politician told the TV channel LCI. She later posted a video of the conversation on Twitter.

De Gaulle left the post of the French president in April 1969 after his proposed reform of the Senate and local governments had failed to gain popular approval during the nationwide referendum.

Le Pen also accused the French president of ignoring millions of citizens and even "fighting against them".

Earlier, Parisien newspaper notes, French President Emmanuel Macron promised to do everything in his power to prevent Marine Le Pen’s party from celebrating success in the EU Parliament elections.

According to the poll, Macron’s REM party, in turn, would slightly lag behind, with 21.5 percent of the vote.

Marine Le Pen has been on a war path with Emmanuel Macron, claiming she will seek to make the Eurosceptic group in the EU Parliament much more advanced than the liberal bloc.

Macron's La République En Marche! Party candidates are expected to either form a powerful liberal union with the Alliance of Liberals and Democrats for Europe (ALDE) or create a new EU Parliament group of pro-European centrists.

Italy's Deputy Prime Minister and leader of the League Party, Matteo Salvini, has been reportedly leaning towards joining forces with Marine Le Pen in fortifying a Eurosceptic Alliance ahead of the European Parliament vote, set for 23-26 May 2019.

Le Pen Would Do Better Than Macron on Migration – Poll