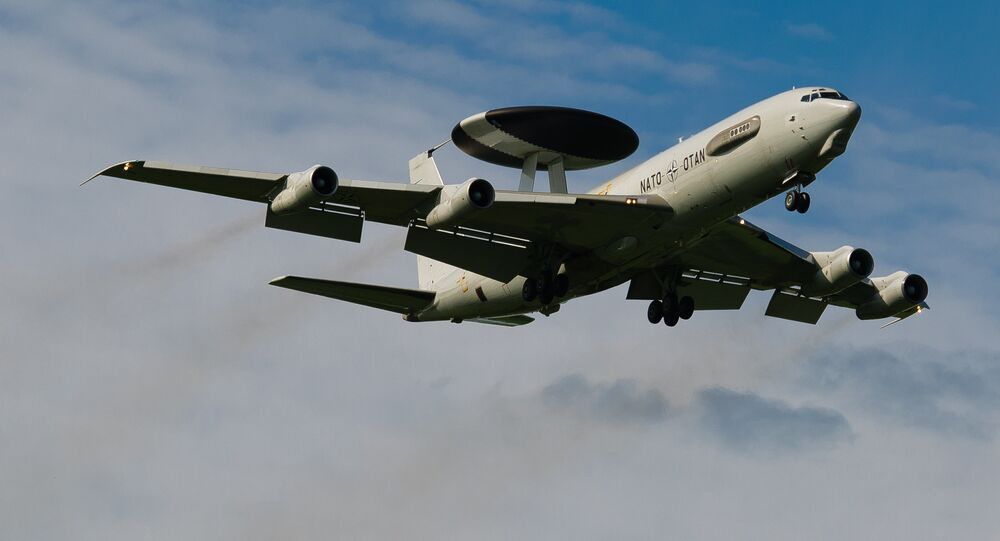 Earlier on Thursday, EU leaders gathered in the Romanian city of Sibiu for an informal summit initiated by Bucharest to discuss the future of the bloc in light of recent Brexit developments. Romania currently holds the EU Council’s rotating presidency.

A NATO Airborne Warning and Control System (AWACS) aircraft is patrolling the airspace of Romania to maintain safety during the ongoing EU summit in Sibiu, NATO spokesperson Oana Lungescu tweeted on Thursday.

This is an example of “the NATO-EU cooperation in action”, Lunguinescu  noted, adding that  AWACS plane “routinely patrol the skies” during major events, including world leaders’ meeting and Olympic Games.

NATO AWACS ✈️ routinely patrol the skies during major events such as:

Her comments come as EU leaders hold an informal summit in the Romanian city of Sibiu, focused on the future of the European Union.

Initially, it was supposed to be the first EU summit after the UK’s withdrawal from the EU scheduled for 29 March and in the run-up to the European Parliament elections due to run from 23-26 May.

© REUTERS / Toby Melville
Jeremy Corbyn: There Has Been No Big Offer In Brexit Talks With The Government
The UK government hoped an agreement on the country's exit from the EU would be finalised before these elections, but the House of Commons refused to support Prime Minister Theresa May's Brexit deal and saw her negotiate a Brexit extension with the deadline moved to 31 October.

Meanwhile, EU member states remain at odds over Brexit- and migration crisis-related issues, exacerbating tensions within the bloc in what some describe as a sign of the union's possible collapse in the future.