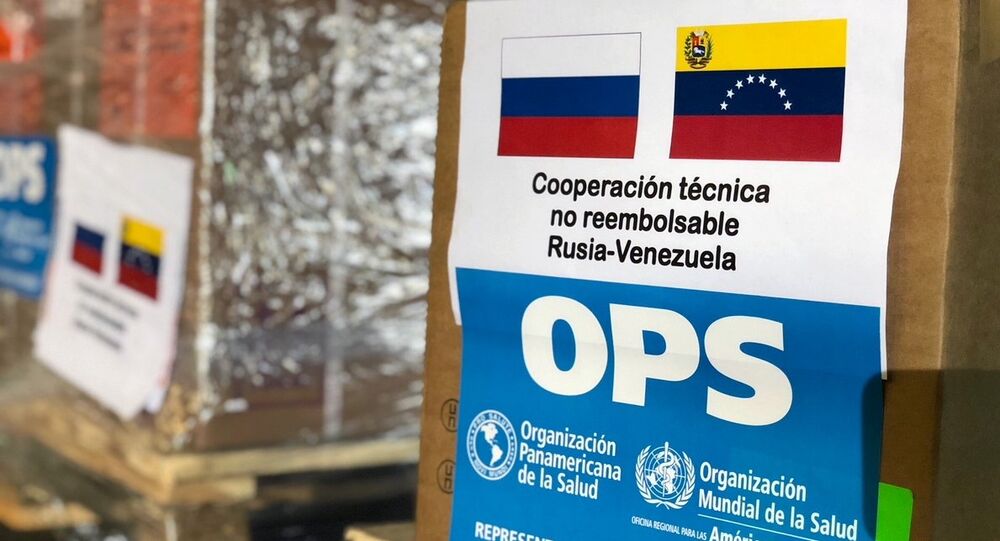 LONDON (Sputnik) - Russia has explained the aims its military engineers have in Venezuela and has clarified lawful reasons for sending them there to the United Kingdom, the Russian embassy in London said on Wednesday.

"The legal grounds and objectives of the Russian military engineers in Venezuela have explained once again at the request of the British side. [We have] stressed that the Russian Federation was not interfering in Venezuelan internal affairs and was building cooperation on the basis of legitimate bilateral agreements", the embassy's spokesperson told reporters.

Earlier in a day, the UK Foreign Office invited the Russian charge d'affaires ad interim in the United Kingdom, Ivan Volodin, in order to express London's anxiety over Russian actions in Venezuela. Volodin met with UK Director General of Economic and Global Issues Menna Rawlings and expressed disagreement and concerns over the policy of Great Britain, the United States and other Western countries regarding Venezuela.

© AP Photo
US Navy to Deploy Hospital Ship in Response to Venezuela Crisis - Pentagon
He also stated that Russian military personnel in Venezuela were represented solely by military engineers, and were deployed in the country in full accordance with international law, and on the basis of existing bilateral agreements, in the field of defence industry cooperation. The group of engineers is not numerous and its sole aim is to fulfil technical tasks.

According to the spokesperson, the views of Moscow and London on the situation in Venezuela differ dramatically, and hence create "a clash of two conceptual approaches to international affairs". Moscow's approach implies basing on commonly approved norms of international law and rights for sovereignty, equality of states and non-interference in internal affairs, the spokesperson said. London, on the contrary, is relying on the concept of an "international order" that lets Western states create their own rules in international relations, the Russian embassy's representative stressed.

The situation in Iraq, Libya, Syria and Ukraine are blatant examples of this Western approach, the spokesperson added.

© AP Photo / Matthias Schrader
'Carrots', Warnings: Pence to Offer New Incentives to Venezuela Military - Report
Venezuela has experienced a crisis since January when opposition leader Juan Guaido proclaimed himself to be interim president. The United States and 54 countries recognized Guaido, but Russia, China, Turkey and numerous other countries have said they recognize constitutionally-elected President Nicolas Maduro as the only legitimate head of state in Venezuela.