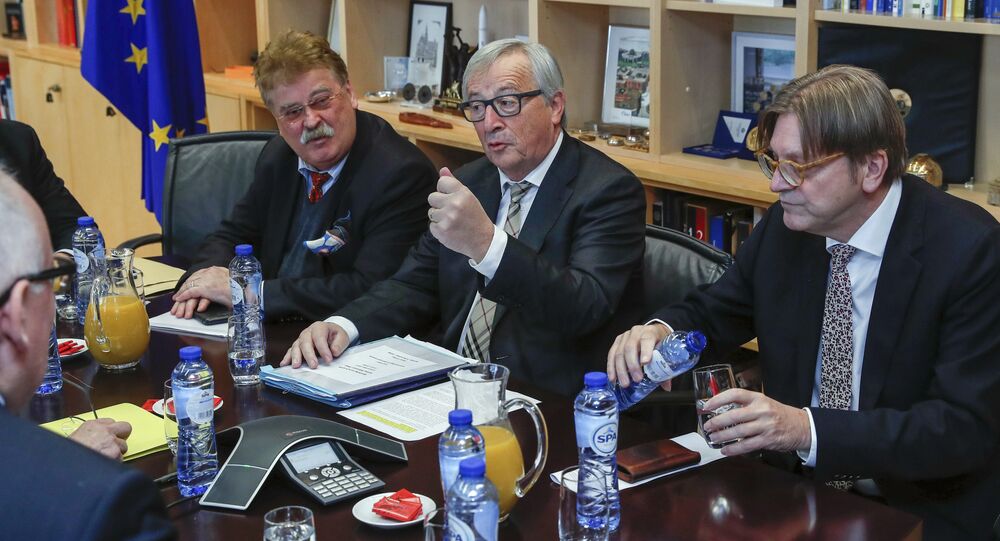 The team of the European Parliament's Brexit coordinator, Guy Verhofstadt, is seen bashing the UK PM as they reacted to her tactics and statements on Brexit in a show called Brexit: Behind Closed Doors.

Verhofstadt's chief of staff, Guillaume McLaughlin, was enraged with Theresa May failed attempt to settle an agreement with the kingmaker DUP party:

"What the f*** is wrong with her. That's insane. ‘I don't know, I haven't spoken to her?' That's ridiculous. Pathetic, pathetic."

His response to Theresa May's Conservative party conference speech, in which she said she wanted a deal, was plain:

Another scene shows Verhofstadt arguing with UK Brexiteer, Andrew Rosindell MP, over imposing a border between Ireland and Northern Ireland, with the UK politician suggesting that the "EU would be harming the people of Ireland by imposing this hard border."

"I'm most proud of you when you take on a Tory. He was a f*cker. I was delighted. You should shoe the f***er out. He's playing an emotional game."

Throughout the past year of negotiations, amid mostly diplomatic exchanges between the UK and EU leadership, moments of lashing out have been caught by the media.

In one instance, Theresa May confronted the European Commission President Jean-Claude Juncker for saying that UK's Brexit approach was "nebulous."

READ MORE: 'Nebulomania' Grips UK Amid Rumours of May and Juncker's Tense Exchange

Another charged expression was used by the European Council President Donald Tusk, who in March said that there was a "special place in hell" for ill-equipped Brexit supporters in the UK government.