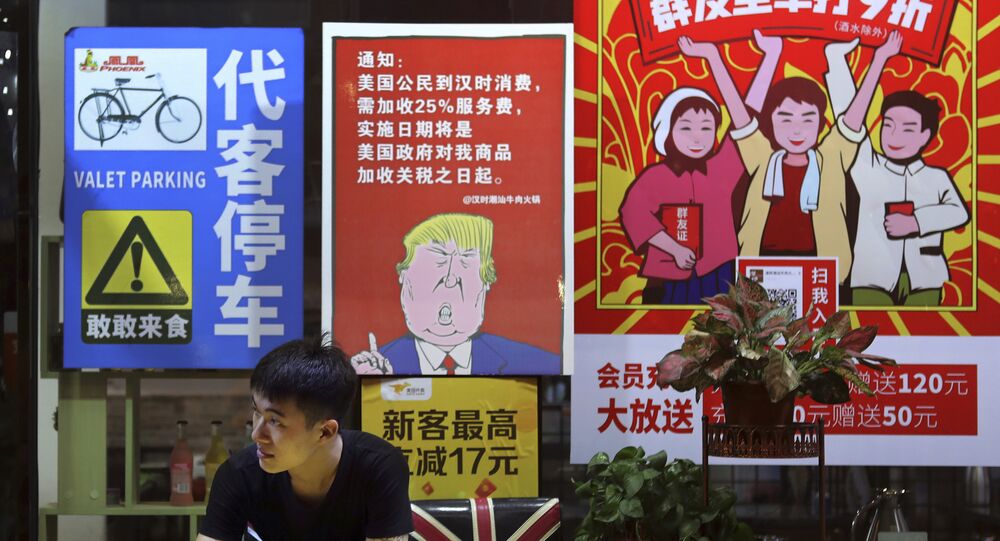 The Cabinet official made the comments on Ian King Live, stating that whilst he understood the Trump administration's frustrations over Chinese intellectual property theft, the world should continue to use a rules-based system on free trade as the way forward.

UK trade international trade secretary Liam Fox told Sky News on Wednesday that the US risked wider "consequences" due to its trade war with China and that the dispute should be settled via the World Trade Organisation.

Mr. Fox said that the US should use the WTO rather than separate trade deals to resolve resolve global trade challenges, adding that such disputes could only be resolved through the international body.

"The point I was making today is that trade is not an end in itself," Dr. Fox said in a speech at the 2019 Global Trade Review event. "It's a means to an end."

He also said that he did not believe there was much space on Brexit in talks between the government and Labour as the two sides debated a way forward on a Brexit plan that could pass Commons. But Dr. Fox sharply criticised and rejected any notion of the UK remaining in the European customs union, stating that it would force the UK market to remain a "commodity" to be traded by Brussels.

© REUTERS / Aly Song
Ex-UK Official Calls for Probe Into Cabinet's Mobile Records Amid Huawei Leak
"The EU would be able to make access to the UK market part of their offer in any trade agreement and we would find ourselves in a unique position in our trading history in that we would be being traded," he said.

"We would be a commodity in that particular agreement, where the EU would be able to offer access to the UK as part of their offer," he added. "It's a situation that would leave the UK as a rule taker and in terms of our ability to shape trade policy would probably leave us in a worse situation than we are today, inside the EU."

The news comes as Trump's administration announced on 6 May that it would slap an additional $200bn in tariffs on Chinese imports on Friday and accused Beijing of breaking commitments made during previous trade talks. US treasury secretary Steve Mnuchin also accused Beijing of backtracking on language within previous deals which could "dramatically" alter future trade talks. Chinese vice premier Liu and other delegates will meet in Washington on Thursday for further negotiations.