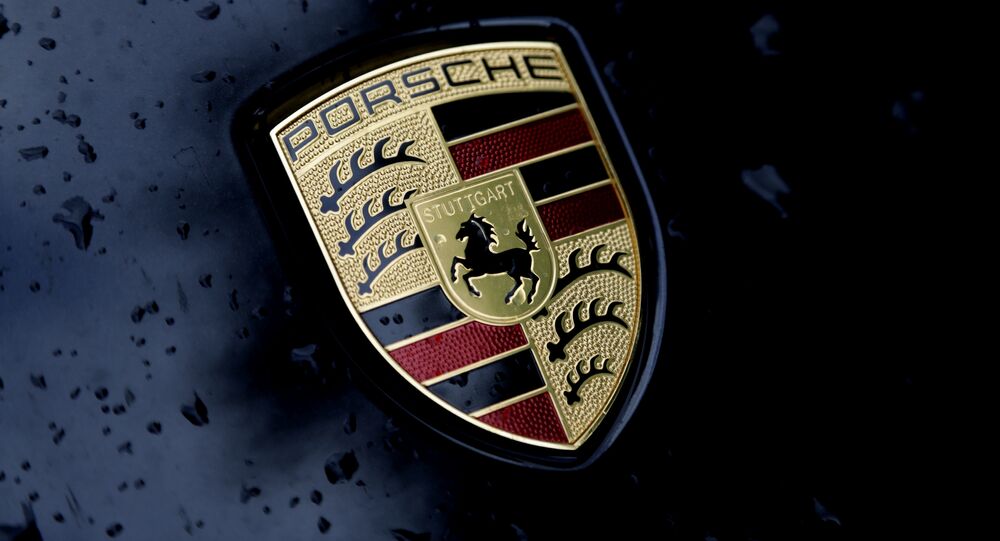 MOSCOW (Sputnik) - The Stuttgart Public Prosecutor's Office on Tuesday decided to fine Porsche, owned by Volkswagen Group, 535 million euros ($598 million) over deviations of some of its vehicles from regulatory environmental requirements, the German car manufacturer said.

"The fine notice provides for a fine totaling EUR 535 million, consisting of a penalty in the amount of EUR 4 million for a negligent breach of duty by Porsche AG and a levy of economic benefits in the amount EUR 531 million. The amount of the levy share depends largely on the profitability of the company," Porsche said in a statement.

The company specified that the fine had been imposed "in connection with deviations from regulatory requirements for certain Porsche vehicles" starting from 2009. The deviations, in turn, occurred partly due to "negligent breaches of supervisory duties … in a department of the division for development several levels below the executive board in the exhaust gas-related testing of vehicles in relation to their regulatory conformity," according to the prosecutors' conclusions.

Porsche noted that the fine notice marked the end of the Stuttgart prosecutors’ administrative offense proceedings against it, being "another important step towards ending the diesel topic."

It also reiterated its commitment to completely withdraw from diesel and focus on the "development of cutting-edge gasoline engines, high-performance hybrid powertrains and electric mobility."

© REUTERS / Mal Langsdon
Volkswagen to Pay Germany $1.2Bln in Dieselgate Emissions Scandal
A huge scandal around the Volkswagen Group, which includes the Audi, Bentley, Porsche AG, SEAT and Skoda brands, originally arose in September 2015, when the US Environmental Protection Agency accused the company of using software to falsify emission test results for its diesel-engine cars. The company admitted that 11 million of its vehicles worldwide had been fitted with such software and agreed to pay $15 billion in settlement. The US government obliged the company to recall nearly 500,000 Volkswagen and Audi cars manufactured in 2009-2015 equipped with emissions cheating software.
...
Reddit
Google+
Blogger
Pinterest
StumbleUpon
Telegram
WhatsApp
12