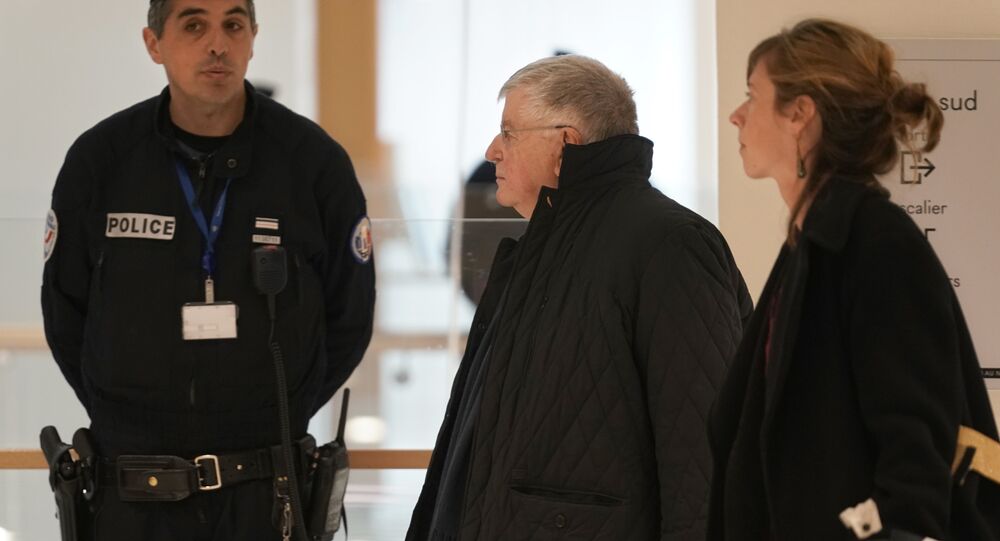 Call For Help: Was France Telecom and its CEO to Blame for 35 Suicides?

France Telecom was privatised in 2004, a move which led to major restructuring and job losses. The former CEO, Didier Lombard, and several other executives of the company - which rebranded as Orange in 2013 - have been accused of "moral harassment."

Lombard, who served as chairman and chief executive from 2005 to 2010, went on trial on Monday, 6 May, accused of creating a toxic work culture and inflaming matters with a series of callous remarks.

After its privatisation the company slashed 22,000 jobs from the 100,000-strong workforce and sent another 10,000 employees for retraining, often at the other end of the country.

France telecom former boss #DidierLombard to face trial over the company’s 35 employees who took their own lives. The case will look at what was behind the deaths that occurred between 2008 and 2009 when Lombard was at the helm.#MetropolTVKE#BusinessBriefs pic.twitter.com/jtZaON2euY

​Between the start of 2008 and the end of 2009 a total of 35 France Telecom employees committed suicide.

Among those who died was a 51-year-old technician from Marseille who left a note accusing France Telecom bosses of "management by terror".

In September 2008 a 32-year-old woman jumped out of the window of her Paris office as her colleagues watched helplessly.

Lombard, who resigned in March 2010, later admitted it was "an enormous gaffe" to refer to the deaths at France Telecom as a "suicide fad."

Lombard, his former number two Louis-Pierre Wenes and the former head of human resources Olivier Barberot are on trial along with four other executives and the company itself are on trial for allegedly overseeing "institutionalised harassment" at the Paris-based firm.

The presiding judge, Cecile Louis-Loyant, said the court wanted to understand how the company functioned.

"It wants to understand why some employees killed themselves," said Judge Louis-Loyant.

Monday's hearing was packed with former employees and relatives of some of those who committed suicide and outside many trade unionists demonstrated.

​"My life today is ruined. The moment of truth has arrived," said Beatrice Pannier, 56, who joined the company in 1982 and has been on sick leave since she tried to kill herself in 2011.

Jean Perrin, whose brother committed suicide, said he wanted the managers "to say sorry to the families."

"We want them to acknowledge what they've done. How can anyone draw up such a policy?" asked Raphael Louvradoux, whose father set fire to himself outside the firm's Bordeaux office in 2011.

Miss France Candidate Killed After Being RUN OVER by Tractor