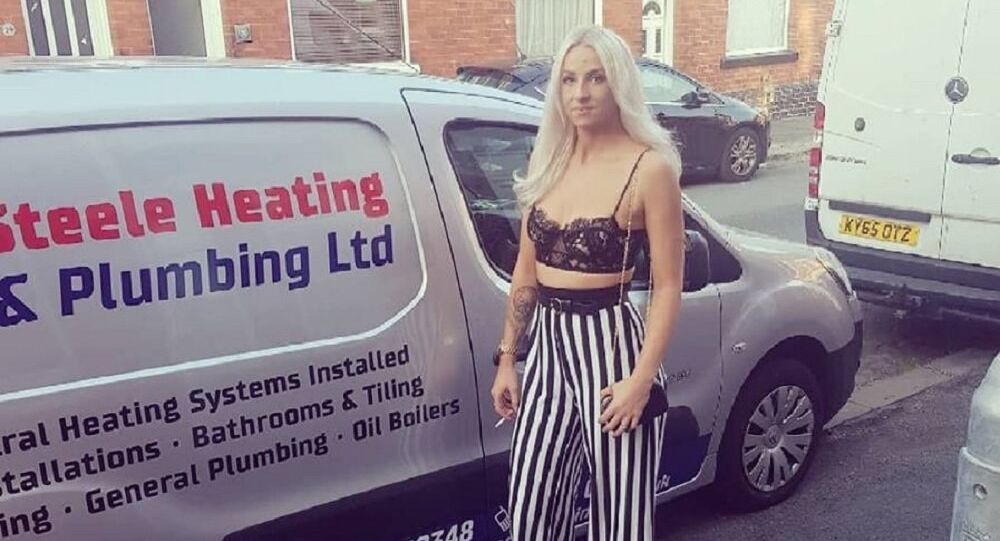 'Where's the Man?' UK's Hottest Plumber Opens Up on Sexism at Work

A 30-year-old mother-of-one from the UK could have easily become a model thanks to her gorgeous looks but she chose to follow in the footsteps of her father with what may seem to many to be an unlikely career for a woman.

Carly Gayle, who has been dubbed the UK's sexiest plumber, has revealed that she is often subjected to sexist remarks, since perplexed customers cannot believe that she's qualified to work on their house when she turns up for jobs, the Daily Mail reported.

"People have said 'Where's the man?' when I've turned up at jobs before, and I've also had people not believe I'm qualified or actually able to do the job. There's been other times I've been in B&Q in my normal clothes with my handbag, looking at tools — knowing exactly what I'm looking for — and have had groups of lads come up to me and say 'don't hurt yourself darling'. I just flash them my Gas Safe register card, and they soon shut up".

The stunning blonde, who makes £36,000 a year, has worked as a plumber since she was 15, initially helping out with her father's business, but he, as it turns out, didn't want her to follow in his footsteps.

"I used to work with him on weekends from the age of 15, just giving him a hand with stuff. He taught me how to solder pipes and all the other basics. He was always doing things and showing me how you did it. I wanted him to give me an apprenticeship but he wouldn't. He didn't really want me to go into the same industry as him because he knows it's a hard life, it's hard work, it's a lot of responsibility and he knew I would get a lot of stick", Carly said.

While the job is very intense, she has managed to maintain her gorgeous looks, which causes many customers to believe that she, in fact, could be a model:

"I once had a woman tell me 'you look like a model — I can't believe you're a plumber'. When I was an apprentice 13 years ago, there were almost no women around in plumbing and I have had a lot of comments over the years. The comments used to get to me, but they're only served to make me really thick skinned. It's definitely made me more feisty", she said

Despite constantly facing less-than-flattering remarks about being a female plumber, the mother-of-one said that sometimes her gender does work in her favour:

"A lot of my customers really like the fact I'm a woman too, especially other women and older people that are on their own. I'm so grateful that I got into a trade because I have so much knowledge and I have earned good money, probably more than most women my age".