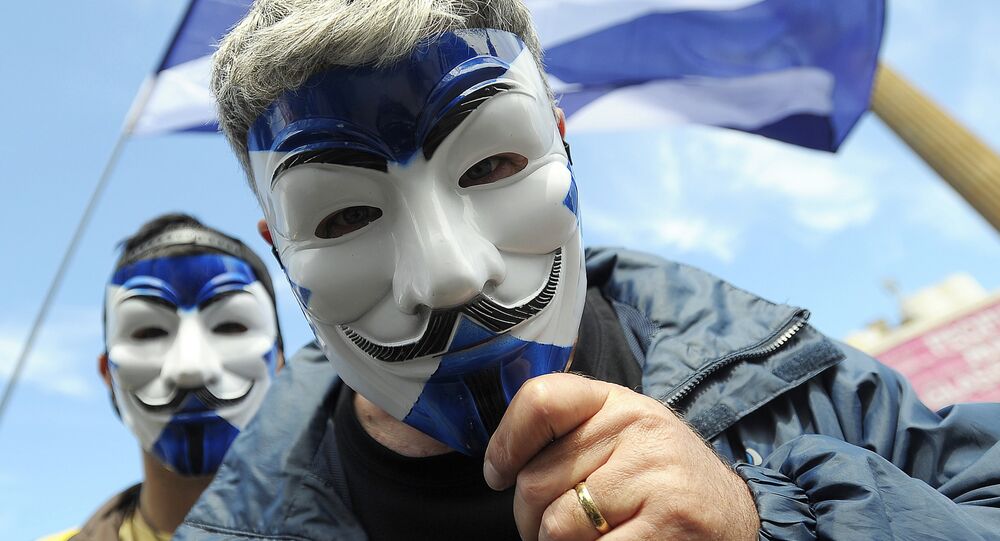 Tens of thousands of people are expected to attend a pro-independence rally organised by the All Under One Banner movement in the Scottish city of Glasgow.

The group, founded back in 2014, says that its main aim is "to march at regular intervals until Scotland is free." It has called on participants to bring banners, bagpipes and drums with them.

Organisers have encouraged protesters to ignore any counter-demonstration or "smile and wave." Besides the march itself, which is expected to start at Kelvingrove Park, the event will feature political speakers, bands and other acts.

According to local police, last year's march gathered about 35,000 people.

March for Scotland’s Freedom on Saturday – All Under One Banner