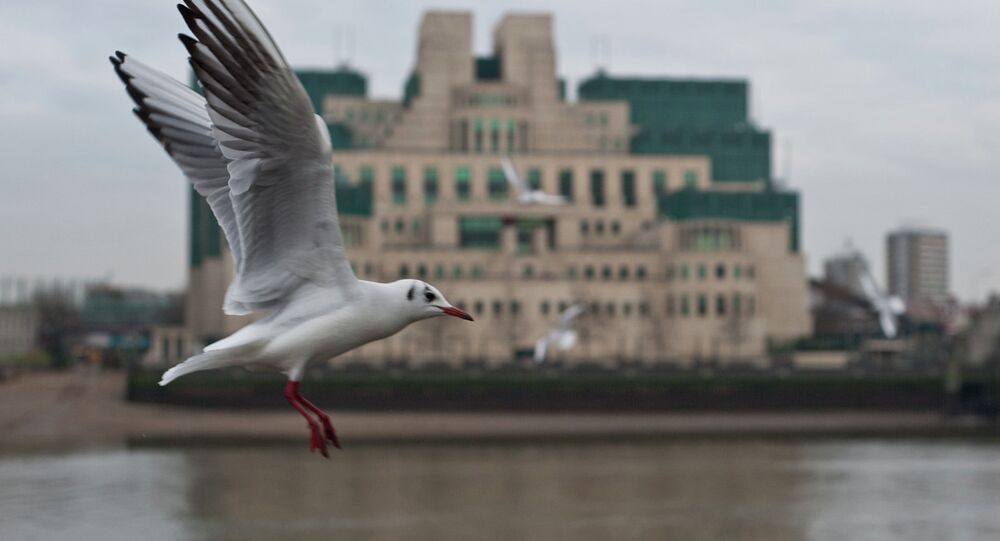 He made the pledge a mere day day after being promoted to the position of International Development Secretary, his first cabinet post, after Penny Mordaunt was promoted to Defence Secretary following Gavin Williamson's unceremonious sacking.

International Development Secretary Rory Stewart has said he intends to stand for the Conservative leadership after Theresa May steps down.

Speaking to the BBC's Political Thinking With Nick Robinson podcast Stewart said he could "help bring the country together" and wanted to move "beyond my brief".

"I think it's important at this time when the Prime Minister's said she's going to step down to have a voice arguing for being radical — but radical in the centre of British politics, not radical on the extreme right of British politics. A voice that's prepared to say I do want to bring this country together. I accept Brexit, I'm a Brexiteer, but I want to reach out to Remain voters as well to bring this country together again. The only way I can do that is by moving beyond my brief and beginning to lay out, whether it's on climate change or any of these other issues, what I think it would mean to be a country we can be proud of," Stewart said.

The first day of his promotion to Cabinet is an opportune time to recall a classic from Rory Stewart's back catalogue. As Floods Minister he said the flood defences had worked well but the water had come over the top of them. #r4today #BBCNews #Reshuffle pic.twitter.com/1N2iHIkvpP

He went on to praise the ousted Williamson, sacked May 1st after compelling evidence was uncovered indicating he was responsible for leaking details of a National Security Council meeting. While an official spokesperson said the premier had "lost confidence in his ability to serve in the role of Defence Secretary and as a member of her Cabinet", Stewart said Wiliamson was "an extremely energetic" minister, and "whatever happened in those last days and whatever he did wrong at the end, we owe him huge respect for what he did before that". Williamson strenuously denies being the source of the leak.

It's the second time in a week Stewart has made clear his leadership ambitions. In an interview with The Spectator 27th April, the Penrith and the Borders MP and former Iraqi regional governor, he said "difficult periods need different types of people" and he was tempted to run for Prime Minister because the UK "desperately [needed" to [rebuild itself] internationally after Brexit", and he was "one of the only people in Parliament who is a genuine specialist".

"There are some things I would be really, really bad at. You would not want to hire me to run a ballet company, I'd be really rubbish at that. I don't like ballet. I am bored by it. I'm almost tone deaf. I feel I want to die when I watch the ballet. It would be a really, really bad mistake to hire me to run a ballet company. But if you want someone who really enjoys doing stuff and loves government and is really proud of the country and feels that's their thing, I'm really enthusiastic," he said.

However, as far as is known, he's the only prospective runner with a suspected intelligence services background. In 2009, when Stewart was running for election to parliament, former UK Ambassador to Uzbekistan Craig Murray claimed the "crusading neo-Conservative" was previously an MI6 officer.

"Three years ago I received a message from the FCO [Foreign & Commonwealth Office] asking me not to mention this as at that time Stewart was still very active for MI6 in Afghanistan and his life could have been endangered. I agreed, and even removed a reference from my blog…It is necessary to reveal this so people can correctly evaluate his political pronouncements on Iraq and Afghanistan, and his motives in making them. In putting himself forward for election, Stewart has forfeited the right to conceal his background from the electorate," he said.

Here is a surprise. The MI6 house journal, the Guardian, shills for ex MI6 officer Rory Stewart (whose dad was also deputy head of MI6).
The Guardian views his role in the destruction of Iraq and Afghanistan as making him "highly qualified" in International Development. https://t.co/2NrZXzC9tE

Stewart — who father was involved in British overseas intelligence for two decades, and at one point was even in the running to become MI6 director — has repeatedly denied the charge, although his refutations have often been replete with caveats. For instance, when asked about the allegations by The New Yorker in 2010, he responded somewhat angrily it was "an unfair question", before dismissing the idea he could've served as an intelligence operative in Afghanistan due to his other commitments there.

In honor of Rory Stewart being appointed to head DfID, one of my favorite quotes of all time. pic.twitter.com/K5NTbmLY03

"There's no way I can prove it, but the reality is I was really busy in Kabul, and anyone working with me would realize I wouldn't have had the time to do anything. And what would I have been doing anyway? Why is running an arts school the best cover?" he said.

Somewhat contradictorily though, Stewart also suggested the author could state his career "[gave] the appearance" he'd once worked for MI6.

While rare, it's not entirely unheard of for former intelligence operatives to try their hand at politics in the UK. For instance, Renew — an anti-Brexit party which recently merged with Change UK — was founded by Chris Coghlan, a former MI6 counter terrorism officer. His various runs for office — as an MP and councillor — all failed though, and he left the party in May 2018 in strange circumstances, a mere month after its official launch. He now works for The Fore, a charity based in Two Temple Place, London, the same building which serves as the headquarters of the Institute for Statecraft, the shadowy parent organisation of Integrity Initiative, a Whitehall-funded military intelligence operation.

Coincidentally, Harold Elletson, Integrity Initiative's German ‘cluster coordinator', is another spy-turned-politician. Prior to becoming Conservative MP for Blackpool North in 1992 (a seat he lost in 1997), he was an MI6 operative in Eastern Europe and the former Soviet Union, using his work as a trade consultant as cover. Despite a long-standing convention in British politics that intelligence services not use MPs as agents, his relationship with the organization didn't end after his election either, as then-Prime Minister John Major waived the rule to allow him to continue intelligence work while in parliament, which included visits to the now-former Yugoslavia during the Balkans war.