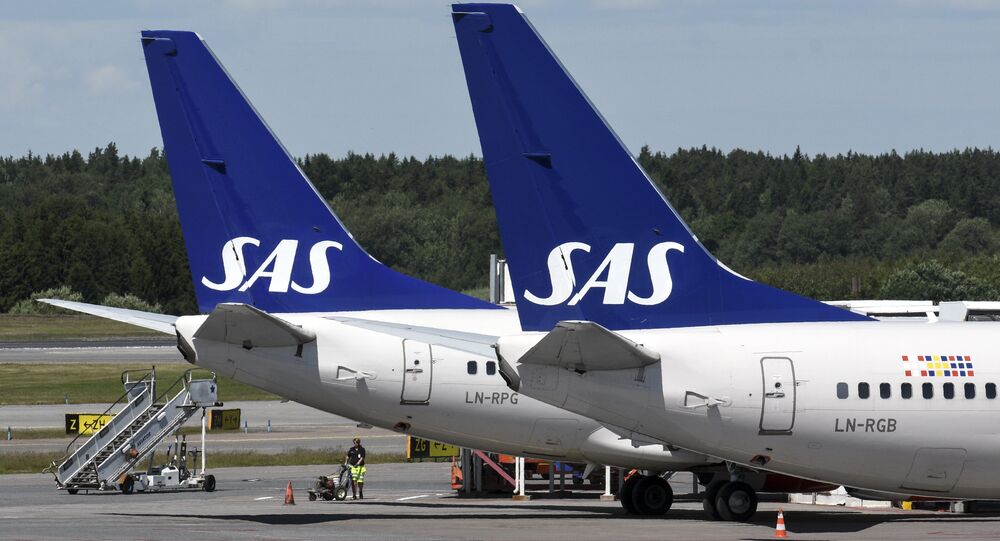 "It is with relief that I can inform our clients and colleagues that now, we can leave this conflict behind," Gustafson told a press conference on Thursday following talks with the representatives of the trade union, which lasted over 30 hours.

The sides have agreed to conclude a new three-year contract and reached consensus about increasing pilots’ salary by 3.5 percent.

© AP Photo / Johan Nilsson, SCANPIX
SAS Airlines Swedish Pilots Continue Strike Affecting 27,000 Passengers
In a statement published on Twitter late on Thursday, SAS said the strike had been called off in Denmark, Norway and Sweden. The company warned there might still be some traffic disruptions in the coming days, adding that regular operations would resume as soon as possible.

The strike began last Friday in the wake of collapsed talks on a collective bargaining agreement. The sides have been failing to agree on the amount of salary increases with working hours and scheduling among other issues being in the centre of the dispute.

The airline, operating across Scandinavia, has cancelled around 4,000 flight due to the strike. Experts have suggested that the situation has resulted in SAS losing up to $10 million daily.