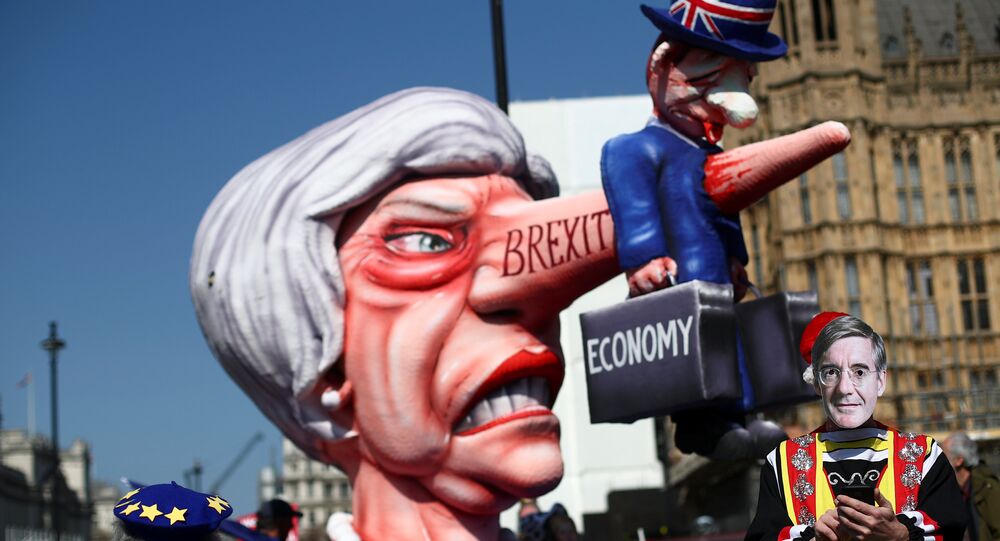 Groundbreaking Cancer Treatment On Hold Due to 'Chaotic Brexit Negotiations'

The shock disclosure follows months of speculation about the impact Brexit could have for cancer treatments, care and research - and the case could be the first among many to arise while uncertainty hangs over the UK's exit from the European Union.

A patient undergoing cancer treatment has been told a radiotherapy treatment, his best chance of a cure, has been delayed indefinitely "because of Brexit".

Richard Kelly, 53, is being treated for liver cancer and was due to start a cutting-edge treatment, selective internal radiation therapy (Sirt), alongside chemotherapy in April — but despite Sirt being recommended months ago, at his last appointment on 23rd April his oncologist at Bristol Royal Infirmary informed him "NHS England were unable to set a budget for this kind of treatment because of the chaotic nature of the Brexit negotiations and the actual leaving of the European Union…therefore this essential treatment was delayed, with no suggestion of a date when it would be available," Kelly told The Independent.

***So*** many reasons to share this pic of Priti and Boris in front of the Brexit bus of NHS lies this morning #r4today pic.twitter.com/kiaNuS26K6

​The delay in Britain's scheduled departure date for leaving the EU was expected to limit the damaging consequences of a no deal Brexit — but Kelly was told "in black and white terms" that Brexit was putting his life at risk.

Consultants had offered the "groundbreaking" form of radiotherapy after they determined his cancer had progressed and was "incurable", but could be contained with chemotherapy. But while Kelly's doctors didn't discuss whether other patients had been affected by Brexit, he said he knew of other people who certainly had been.

"I can't be the only one, how serious is this going to get? We haven't even left. That big red bus said £350 million a week going into the NHS, but we can't even afford cancer treatment. This is the reality of it, thanks a bunch Nigel Farage," Kelly despaired.

© CC0
Four in Ten Cancer Cases in Britain Could be Prevented – Cancer Research UK
In August 2018, Cancer Research warned the UK followed the EU on licensing new medicines, ensuring patients have quick access to safe and effective new treatments as soon as they come to market in the process, and collaborates closely with member states on clinical trials — and losing this cooperation "could lead to delays for UK patients getting the newest medicines, or hinder international clinical trials where patients get access to the most innovative treatments".

While the UK will continue to use EU standards on medicines and clinical trials in the short term once it leaves the EU, the charity noted there would still be some degree of disruption — and urged drugs companies to stockpile medicines just in case.

In February, the Royal College of Radiologists cautioned NHS trusts would have "no choice but to prioritise" which patients receive cancer treatment should a no-deal Brexit go ahead and delay the import of radioactive isotopes.

The College said it had not seen the "detail of the customs paperwork" that would allow the materials, which cannot be stockpiled as they decay too quickly, to gain fast-track entry into the UK — medical isotopes are used in nuclear medicine either to treat cancer by killing diseased cells, or to diagnose diseases by injecting a radioactive tracer into the body that allows scanner images to be taken of tissue and organs. In the case of a no-deal Brexit, expected delays at UK ports would make delivery of these materials by land or sea unviable because of their short shelf-life.

UK Health Secretary Calls for Referendum on Terms of Brexit