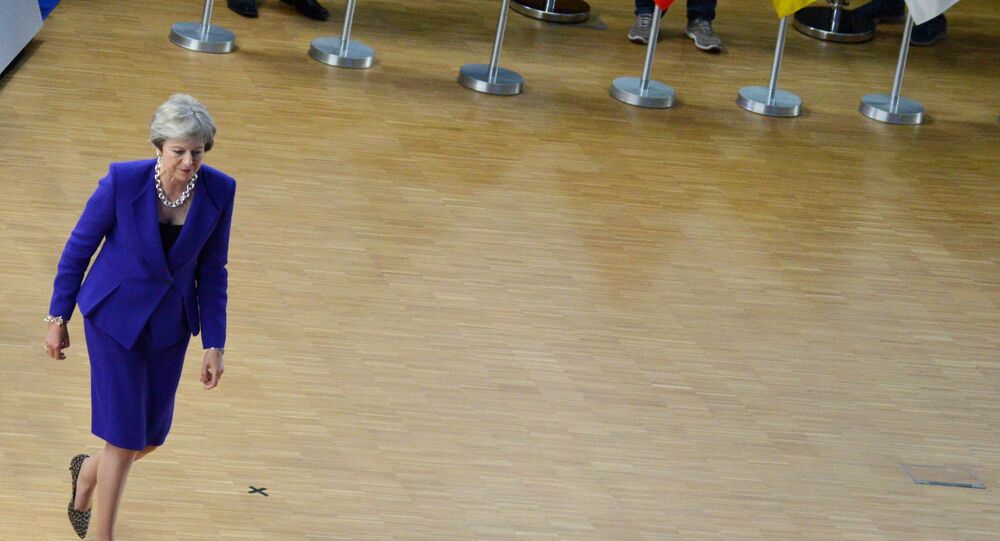 The UK Prime Minister, Theresa May, has been questioned by MPs from all parties about Brexit and various other matters at the Commons Liaison Committee.

Labour MP Yvette Cooper grilled the Prime Minister on the negotiating stance she was taking during talks with the Opposition leader Jeremy Corbyn and Shadow Chancellor John McDonnell over Brexit.

Cooper said "resilience was a strength, but stubbornness is a weakness" and she claimed May was refusing to budge on key issues which would have allowed a deal to be reached.

She repeatedly asked May whether she was ruling out a customs union with the EU, a key demand made by the Labour Party.

​May gave a long and complicated answer, but essentially stuck to her guns.

"I fear we are stuck where we were a year ago…It feels like we are going round in circles," Cooper said.

At one point May said the Conservatives and Labour were both "trying to achieve… something very similar, that we protect jobs" but she remained adamant that she would not agree to a customs union, which did not allow Britain to make trade deals with other countries.

"Often people will use the term customs union and have in their mind different things about what that achieves. The important element of this is to be actually be able to sit down and talk through 'what is it we are all trying to achieve here?'," May told the committee.

​Conservative MP David Davies then asked her if she considered it was a "failure" that Britain did not leave the EU on 29 March, the original date May had set back in 2017.

"People wanted to leave on 29 March but we were not able to achieve that," May replied.

"We have failed," Mr Davies said.

May was then asked whether she would bring back her Brexit deal for a fourth vote in the Commons.

She said she was "reluctant" to put a date on it but wanted it to happen "as soon as possible", and certainly long before the October deadline.

The UK has a longer extension available, but she wants to ensure we do it "well before that extension date"," she said.

​Mrs May said the UK would leave the EU at the end of that month in which Parliament ratified the withdrawal deal.

Former Tory chairman Sir Patrick McLoughlin asked her if it was now "impossible for us to leave without a deal."

Towards the end of the session Dr Julian Lewis, a Conservative MP and chairman of the defence committee, grilled May on the Huawei deal.

May said Britain had a  "deep and special" partnership with the US.

"I don't think you can describe me as someone who been lax in relation to national security," she told him.

An hour later she fired Defence Secretary Gavin Williamson, who she accused of leaking information about the 5G Huawei deal to the newspapers. Williamson has strenuously denied the leak.