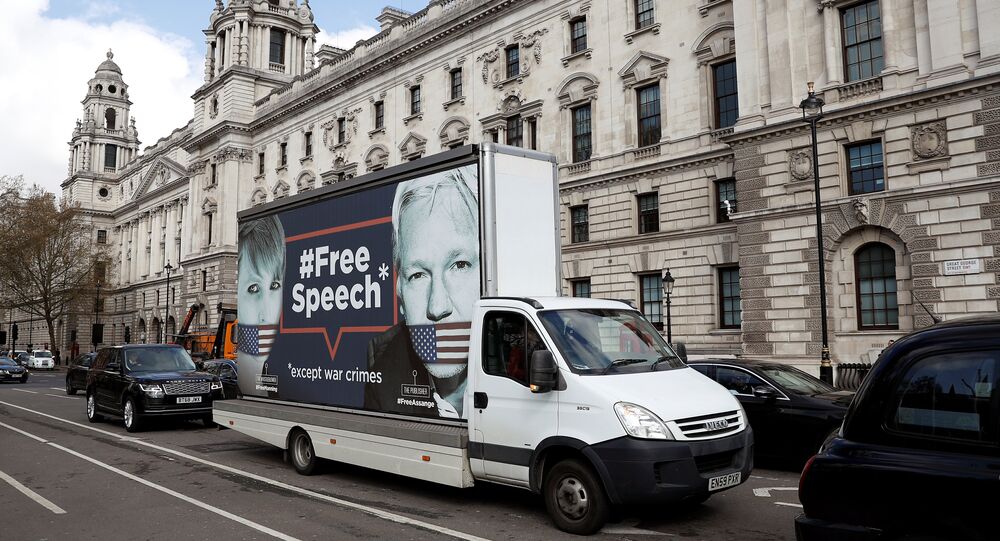 Earlier in April, UK police arrested Assange, who had been residing in the Ecuadorian Embassy in London for years for fear of extradition to the United States. WikiLeaks has published a large number of what are purportedly classified documents from the US government.

WikiLeaks founder Julian Assange, 47, has been sentenced to fifty weeks in prison by UK Court for breaching his bail conditions.

In a letter read out on his behalf, Assange expressed regret, saying: "I did what I thought at the time was the best or perhaps the only thing that I could have done."

As he was taken down to the cells he raised his fist to supporters in the public gallery at London's Southwark Crown Court. They responded by raising theirs and shouting "Shame on you!" towards the court.

At the sentencing hearing, his lawyer Mark Summers said Assange had been "gripped" by "reasonable fears" that he would face rendition to the US.

"As threats rained down on him from America, they overshadowed everything as far as he was concerned," the lawyer said.

According to independent WikiLeaks commentator and human rights campaigner Peter Tatchell, the sentence which Assange has just received is unfair:

On Thursday, 2 May, at 10 AM there will be a hearing in Westminster Magistrate Court on the US extradition request, WikiLeaks said on Twitter on 30 April.

Assange is facing US federal conspiracy charges related to the leak of government classified data. If convicted, he could face up to five years in a US prison.

​Julian Assange sought asylum at the Ecuadorian embassy in London in 2012 after a British judge ordered his extradition to face Swedish allegations of sexual assault and rape, which he strongly denied. He insisted that the allegations were a pretext to transfer him to the United States.

Although the rape claim was dropped in 2017, the alleged victim wants the case to be reopened. If Sweden makes a formal extradition request, Britain will have to decide whether to consider it before or after that of the United States, AFP says.