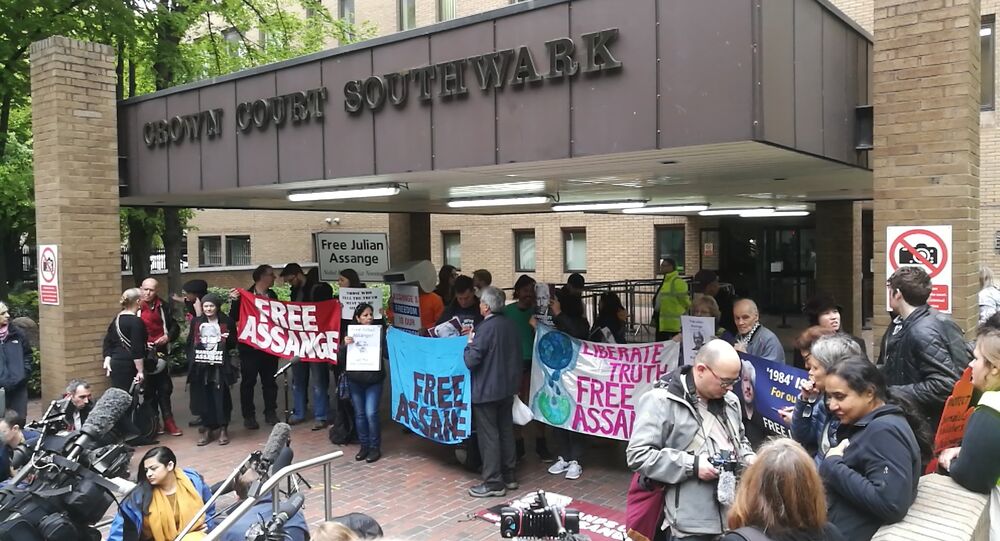 Earlier in April, UK police arrested Assange, who had been residing in the Ecuadorian Embassy in London for years for fear of extradition to the United States. WikiLeaks has published a large number of what are purportedly classified documents from the US government.

According to media reports, Julian Assange has been sentenced to 50 weeks in jail over the bail breach.

"Julian Assange will be sentenced at Southwark Crown Court at 10:30AM [9:30 GMT] tomorrow for 'violating his bail conditions' while seeking and obtaining political asylum. On Thursday at 10 AM there will be a hearing in Westminster Magistrate Court on the US extradition request," WikiLeaks said on Twitter on 30 April.

Shortly after Assange's arrest, WikiLeaks said the United States wanted to build an espionage case against Assange. Those found guilty of espionage against the US can  a maximum sentence of the death penalty or imprisonment for life. However, the US Department of Justice said it was seeking Assange's extradition over "conspiracy to commit computer intrusion for agreeing to break a password to a classified US government computer".