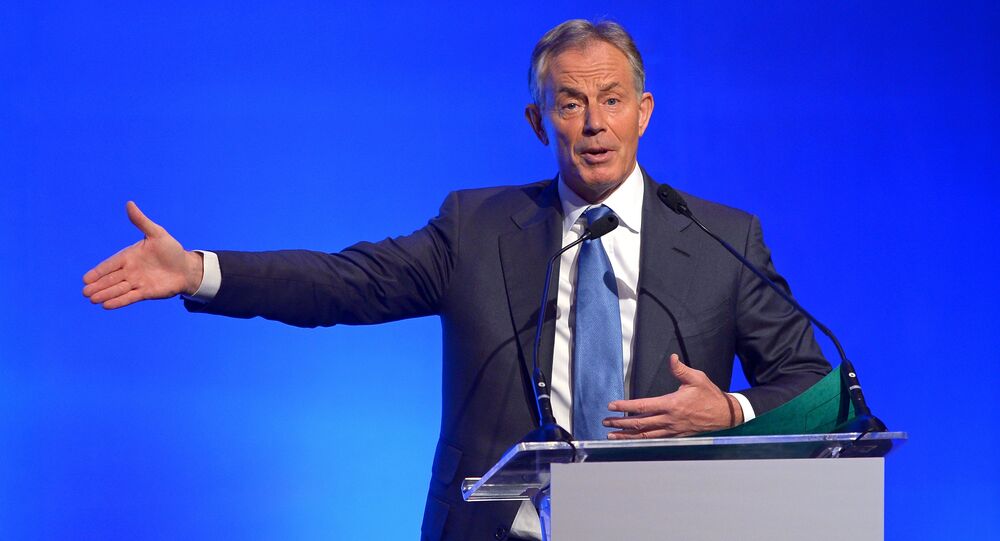 Former British Prime Minister Tony Blair has long been urging for a second Brexit referendum, calling on the Parliament to vote down any withdrawal deal between Brussels and London, and thus let the UK citizens decide, as there is a downside to whatever option they choose.

Tony Blair has come under fire from Tory Brexiteers after he told the Institute for Government think-tank that a second referendum on Brexit would be a “healing process”, and the only way to decide the UK’s fate.

The former British prime minister claimed that MPs, who don’t want to take responsibility for delivering Brexit, should let voters have a final say.

“The way this has been handled by the Government up to now has been trying to get a bespoke Brexit deal that is somewhere between soft and hard and kind of unites the country – ‘We’ve done Brexit but we’ve done it in a way that sort of nods in the direction of the Remainers’.  […] You won’t ever get to another referendum unless it’s clear to Parliament that they don’t want to take responsibility fully for the Brexit choice. […] So when members of Parliament are forced to come to a choice then I think at that point they will say, ‘Ok, this what I think but I’m not going to take the full responsibility so I’m going to share responsibility with the people’, and that allows a referendum to be a healing process”, Blair said.

Responding to his interview, ardent Brexit supporters insisted that Blair’s comments about the need to let people decide their own fate were a smokescreen for his obviously pro-Remain sentiments:

“It will only be a ‘healing moment’ if the country votes Remain. If it still votes Leave, he’ll be demanding another referendum!” Tory MP Michael Fabricant told The Sun.

Another Tory Brexiteer, Nigel Evans, in turn, said that people like ex-PM Blair “have put democracy on a drip feed, and every time he opens his mouth he makes it worse”.

“Maybe he should stick to concentrating on feathering his nest while the rest of us deliver on the result”, he added.

Blair, who was the UK’s prime minister between 1997 and 2007, has repeatedly expressed his belief in a second Brexit referendum, saying that it would change the situation by giving people a “conclusive result”.

In a January 2019 interview with Deutsche Welle, he fended off criticism that a second vote would sabotage democracy, because “we’re going back to the people, we’re not asking anyone else, we’re asking them”.

“We’ve had 30 months of negotiation, there’s much clearer knowledge now of what Brexit really means. There’s a much greater understanding of all the issues around it”, he said, adding that a no-deal scenario would be “catastrophic for everyone”.

© Sputnik / Alexei Vitvitsky
UK's Theresa May to Face Another No-Confidence Vote From Tory Activists - Report
Earlier this month, The Telegraph reported that Prime Minister Theresa May was considering giving British lawmakers a vote on whether to hold a second referendum in a bid to break the Brexit impasse.

The UK voted to leave the EU in a June 2016 referendum, with the withdrawal deadline set for 29 March 2019. However, Prime Minister May has asked the bloc for a deadline extension until 31 October since she has so far failed to gain the necessary backing from British MPs for the withdrawal agreement she had negotiated with Brussels.

The EU has warned that London must hold elections to the European Parliament in May, or leave on 1 June without a deal.