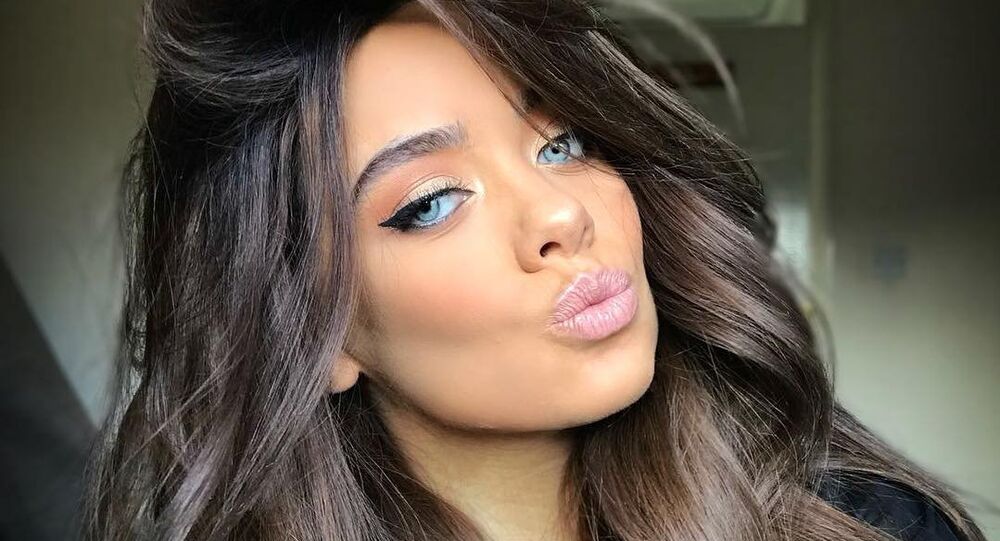 A beauty blogger from London with an army of almost 280,000 YouTube subscribers has revealed the spine-chilling details of a botched lip filler injection.

Cassidy Valentine, a 21-year-old beauty influencer, has opened up on how she nearly lost her lips and went blind in pursuit of self-confidence. The YouTube star, who boasts roughly 280,000 subscribers, was contacted by a clinic offering her free lip injections after she uploaded a vlog where she admitted that her self-esteem was low.

Even though Cassidy decided to have the cosmetic treatement, she refused to do it for free because she didn't want to influence her young susbcrubers by sharing the sponsored post needed to get the procedure gratis.

So guys at 20:30 GMT I have a video going up of when I got BOTCHED. (No lip fillers in this pic btw) lol. I made this video because I feel as if it’s something extremely important to be aware of and I always promised myself I’d use my platform for the right reasons even if I am ashamed of what happened. They offered me the filler for free in return for promotion however I declined and said I wouldn’t want to influence people to have these things done. And I’m so glad that I did. So keep an eye out at roughly 20:30 for my video. Cassidy x

Within hours after the injections, Cassidy's lips began to swell "profusely" and turn surrealistically blue — she shared an Instagram story of her lips immediately after the botched injection.

WARNING: The following image is graphic and may offend sensibilities.

"I kept contacting the company but they brushed it off, suggesting I take an antihistamine — the wrong medical advice. So I contacted a second clinic and sent them a video of my lips. They rushed me in as an emergency and said they couldn't find a pulse in my lips. My artery had been occluded and my lip was hours from falling off as it was dying", Cassidy told Sky News.

The young woman said that if it weren't for the second clinic, she would've lost her top lip.

READ MORE: 'My Lips Are Too Big': UK Celeb Explains Why She Failed Roadside Breath Test

Social media users, however, didn't seem impressed by her blood-chilling story, saying that the consequences she'd faced were "price of vanity":

It's the price of vanity.

The price of vanity. Pay up.

Women, dont you realise that having this procedure makes you look ridiculous, having such a fake big lips is not a thing of beauty.

Cassidy, who had the fillers dissolved within two days, pleaded with her followers to make sure that procedures of this kind are performed by doctors, not beauticians, in her new YouTube video.

"Do not copy influencers and people who they are promoting — usually it's just for free filler. The first clinic tried to gag me and say that if I was making a video, they wouldn't give me the refund. I told them that, if I didn't get the money back, so be it. I'd rather save someone from going through what I did", Cassidy told Sky News.