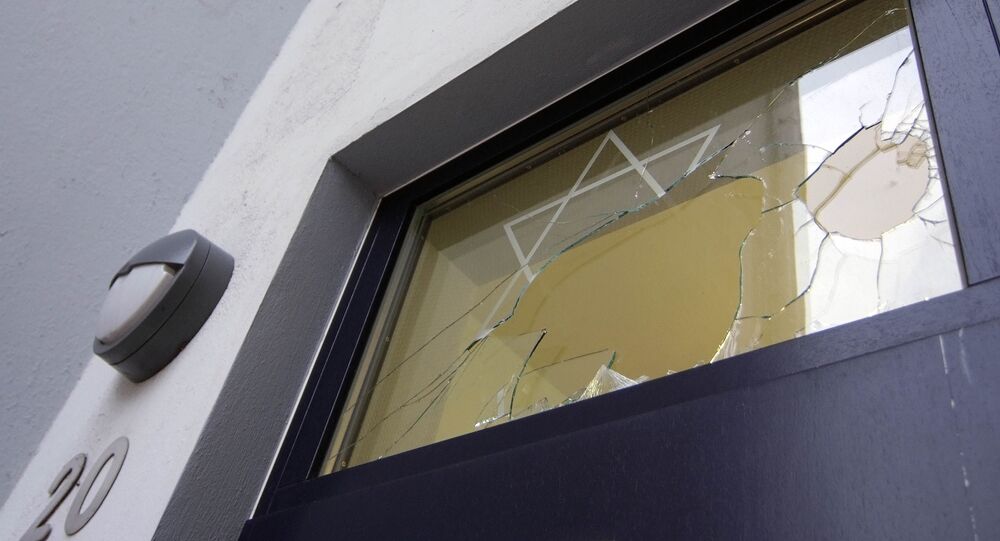 Jewish teenagers from Germany are opting to study and possibly settle in Israel citing the hostile environment and growing anti-Semitism, in the country where they grew up, the German outlet Die Welt indicates.

Young Jews from Germany who are struggling to fit into society and seeking new perspectives are choosing to enroll in boarding schools in Israel as part of an educational programme called Naale, Die Welt states. The group’s name is short for "teenagers immigrate before their parents" in Hebrew.

The programme, led by the Israeli Ministry of Education and the Jewish Agency sees about 700 young Jews migrate to Israel each year, and the number is rising. Almost 50 young people from Germany came to Israel in 2018. The German outlet spoke to such teenagers, trying to explain what has motivated them to leave the country where they grew up. While 15 percent of graduates are drawn back to Germany and ten percent drop out of the programme altogether, three-quarters of them remain permanently in Israel. Some are even later joined by their families.

According to 46-year-old Evelyn Mende and her daughter Golda, who decided to participate in this programme, “there is no future for Jews" in Germany. She is going to study at the same school Liam Rückert from Berlin has been attending since last year when the 16-year-old’s story came into the nationwide spotlight. The teenager was reportedly threatened and bullied by classmates because of his Jewish background and opted for emigration with Naale to escape harassment.

Evelyn Mende says "I'm totally afraid of Muslim anti-Semitism”, adding, however, that she cannot judge how bad it will be. She also revealed that her aunt from Tel Aviv has repeatedly urged them to move to Israel, insisting they are no longer safe in Germany amid fears of the rise of the party Alternative for Germany Party (AfD) and reports about anti-Semitic attacks in Berlin in the Israeli media. Although Golda revealed that she has never been attacked herself, she also pointed out that it is normal for her to always put her necklace with the Star of David under her clothes, pointing out that boys wear a baseball cap in the summer and a cap over their kippahs in winter.

Another immigrant-to-be, 14-year-old Jamela Etoundi, who has a Cameroonian father and a Jewish mother, complained that she has been bullied by classmates at her state school. They addressed the girl, who was used to being teased “f**king negro,” as “You Jew” after their teacher asked her about her religion. Apart from being harassed at school, she said she was insulted by a stranger in the subway for wearing a T-shirt with the words "Israel Defense Forces”, who confronted her asking "Well, did you build settlements again and steal land?" The situation reportedly escalated into a fight when another passenger stood up for her. However, the case was later closed although the police documented everything.

In 2017, the police crime statistics (PKS) recorded 1,453 anti-Semitic offences in Germany. However, Rias points out that the number of unreported cases is high. Besides this, according to the group, most incidents of anti-Semitism do not constitute a criminal offence but are still traumatic for their targets.