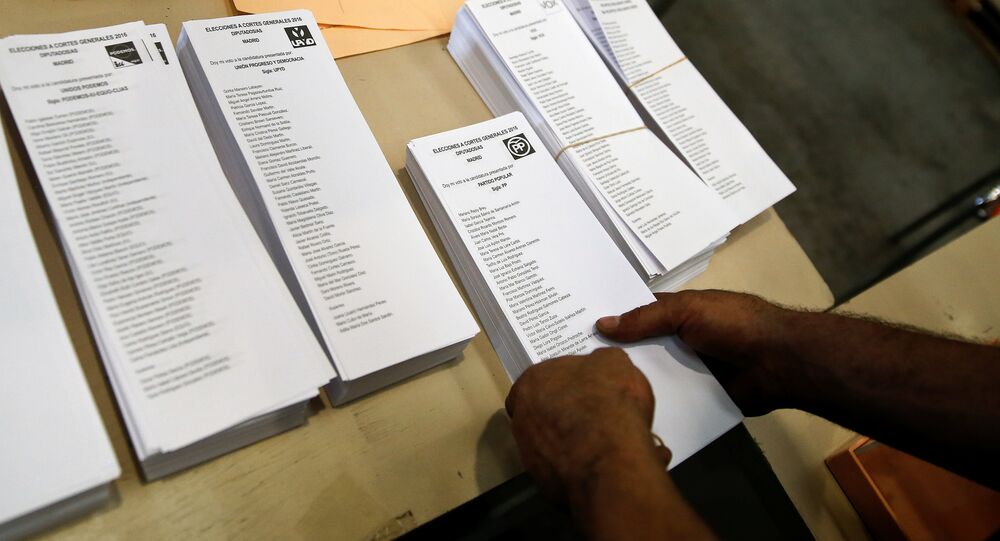 BRUSSELS (Sputnik) – Spain is approaching the third general elections to be held in the country in four years, which are slated for Sunday, with the nation more divided than ever.

© AP Photo / Andrea Comas
Spain to Exhume Franco's Remains Despite Court Ruling
Additionally, there was also the return of the socialists in the minority government of Pedro Sanchez from the Spanish Socialist Workers' Party (PSOE). But he could not satisfy the Catalan separatists, supporting him from outside, and his government fell after a vote on the budget. Sanchez now occupies a caretaker role.

© Sputnik / Elena Shesternina
Five Injured at Barcelona Rallies of Catalan Independence Supporters, Opponents – Reports
Then, of course, there is the small Basque party and the Catalan parties who are in favour of independence.

© AP Photo / Kirsty Wigglesworth
Bank of Spain Estimates Hard Brexit Cost for Spanish Economy in Coming 5 Years
So, the PSOE will probably come in first on Sunday night and will try to form a government with a majority composed of several parties. If Sanchez fails, it will be the turn of Pablo Casado, the new leader of the PP to try to unite the Citizens and Vox in a different project.

'Ancient Conflicts' Over Gibraltar Ahead of Brexit May Harm Spain – Report