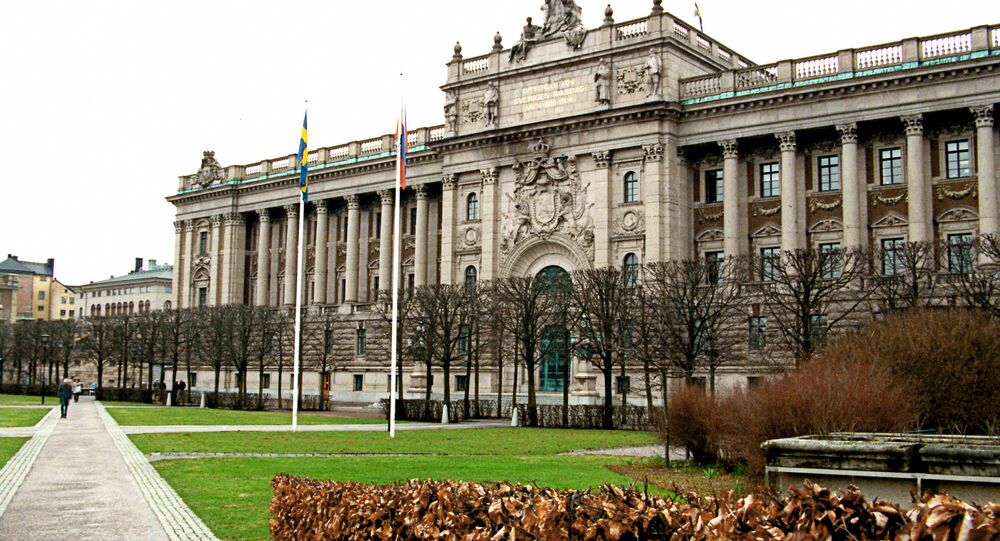 In response to the unproven spying allegations, the journalist accused the Swedish authorities of "launching a psy-op" in order to silence uncomfortable opinions.

The negative decision, Parliamentary Director Ingvar Mattson explained, rests in suspicions of the Swedish Security Police (SÄPO) that Putilov "has been in contact with Russian intelligence". Putilov was also accused of having used several different identities.

Accreditation is required in order to be able to enter the Swedish parliament, which can reject applications of accreditation. SÄPO doesn't comment on decisions relating to individuals, Communications Manager Nina Odermalm Schei told Swedish Radio.

In recent years, Putilov, who currently works for the independent media outlet Samhällsnytt, which gets a lot of flak from Swedish mainstream media over its right-wing stance, has come under a barrage of accusations, most notably of being a Russian spy.

Putilov called the rejection "unfair" and dismissed the allegations as "false information". He also pledged to appeal.

READ MORE: Russian Dad Who Took His Kids Back From Muslim Foster Family Wanted in Sweden

In his rebuttal piece in Samhällsnytt, he stressed that no actual facts of himself being a "security risk" have been presented during the "over two years of persecution over ridiculous spying allegations". He called labelling a journalist a "Russian spy" without trial or explanation "unreasonable".

Putilov ventured that for some, the quest to hurt the new media has become stronger than their duty to stick to the truth. He also called the wording "direct and indirect contacts links to the Russian intelligence service" "deliberately fuzzy", as it was meant to create as large headlines as possible.

"As a journalist, I have met thousands of people, including those in power, for my reports and interviews. It is not impossible that some of them work for Russian, British, American, Israeli or any other intelligence services, or for all of them together. Journalists have no access to SÄPO's databases to control their interviewees' background", Putilov wrote.

He described SÄPO's statement as a "personal attack", aimed to break him down, destroy his social life and force him out of the journalistic profession. However, Putilov also stressed that it was an attack on the entire Swedish democracy.

"What is very worrying is that the Security Service deliberately launches a psy-op to influence the policy and silence an uncomfortable journalist", he concluded.

Journalist and writer Jan Sjunnesson urged "all democrats" to support Egor Putilov, spreading his call on Twitter and Facebook.

Sweden-based academic Bilyana Martinovski, an associate professor in human-machine interaction, suggested that the Swedish state had "turned its psychological weapons against non-mainstream journalists".

#LastNightInSweden
The State, via its secret service, appears to have turned its psychological war weapons against non-main stream media journalists. https://t.co/wk15o5TTwG

​Putilov has been living in Sweden since the 2000s and used to be a member of the Sweden Democrats party. Before switching to alternative media, Egor Putilov worked for established media such as Aftonbladet, Expressen, Svenska Dagbladet, and Swedish Radio. Egor Putilov is a pseudonym.