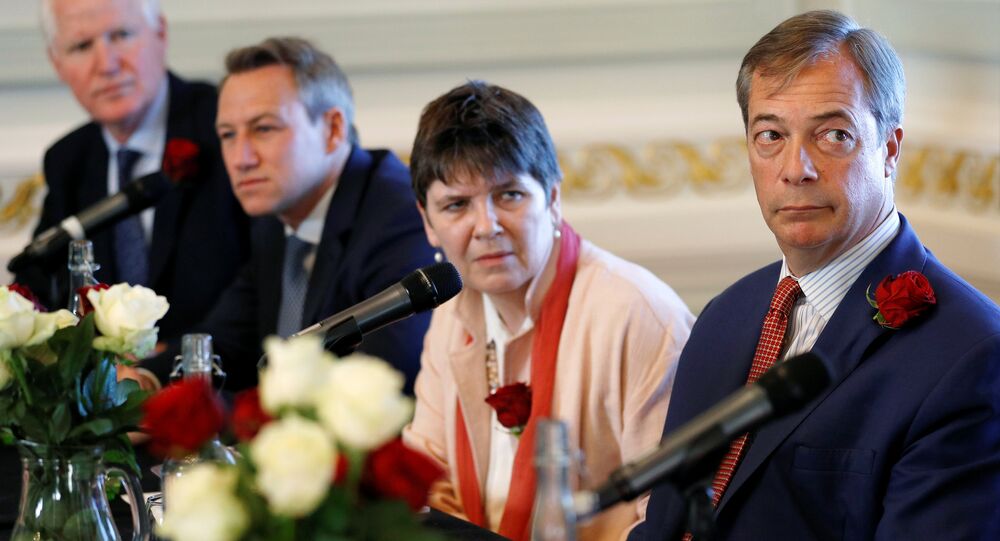 The candidate insisted that one shouldn’t be constantly “threatened and terrorised” into backing away from a free speech position, noting, however, that certain things should not exist online due to them being illegal.

During a recent interview on Chopper’s Brexit Podcast, Brexit Party candidate Claire Fox offered her take about free speech on the internet when the host asked her whether she thinks that "Jihadi videos" or child pornography should be banned from the internet.

"I do not want to give the state and the authorities the right to ban things on the Internet. No ‘ifs’", Fox said. "It’s important to not constantly be threatened and terrorised into backing off from a free speech position because vile people use that speech and abuse that speech to say or do a horrible thing".

Controversial candidate for the Brexit Party in the European Elections, Claire Fox tells @christopherhope on this week's @brexitbroadcast the Government shouldn't ban any online content, even child pornography

In response, a number of social media users criticised the newspaper for its take on the situation and voiced their support for Fox.

She's a working class hero in my view and I despise the Continuity Remain organisations (BBC, Sky) who attack her integrity.

Very disappointed with this tweet. It is beneath you. You are not quoting her in context.

Poor click-bite reporting by @Telegraph. Please listen to what she says before agreeing with the misleading headline.

​Some, however, seemed inclined to agree with The Telegraph.

WELL IT'S CLEAR TO ME!

A VOTE FOR THIS BREXIT PARTY CANDIDATE, IS A VOTE TO ALLOW CHILD PORNOGRAPHY!

WOW, Nigel, @Nigel_Farage, are YOU Happy, with that?

How many more of these Degenerates do you have standing for the Brexit Party?

Claire Fox shouldn't be let near kids, if that is her opinion!