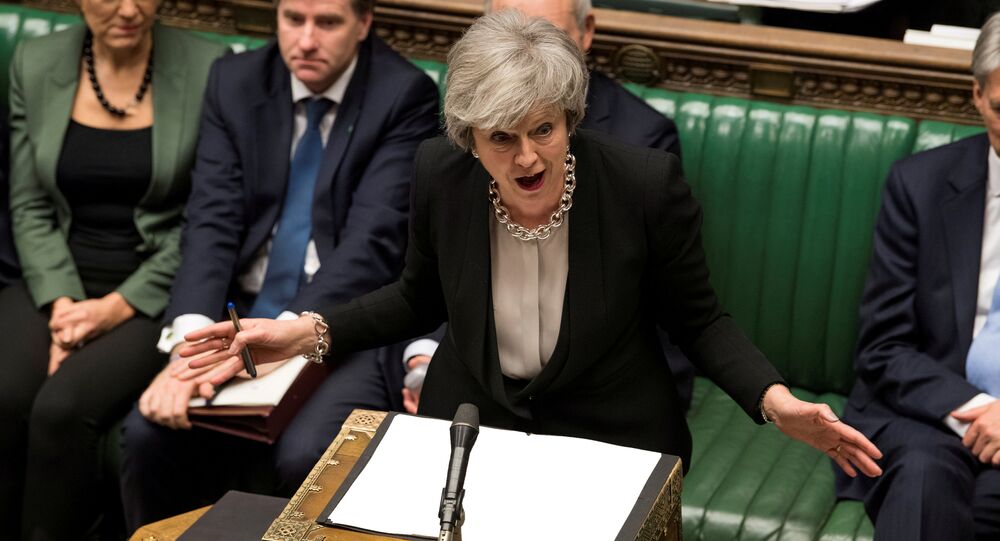 British Prime Minister has blamed the country’s Labour Party and its leader Jeremy Corbyn for deliberately dragging their feet on Brexit negotiations. Mr Corbyn rejected the accusations, berating the government for its unwillingness to shift red lines.

Meanwhile, The Guardian reported on Tuesday that May plans to submit the Withdrawal Agreement Bill (WAB), a key piece of Brexit legislation, for a vote in the country's parliament within the next 10 days.

The WAB should be passed by the parliament so that the prime minister's Brexit deal can be ratified, the newspaper says.

Originally, the UK was due to finalise its exit from the EU on 29 March, but May's government failed to secure support for its withdrawal agreement before the deadline, prompting London to seek an extension to avoid a no-deal scenario.