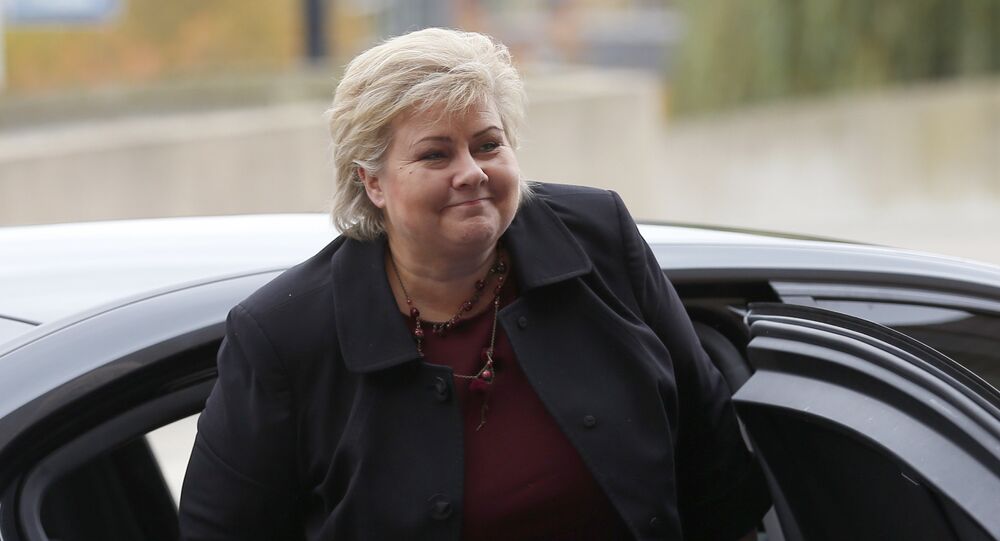 While the Conservatives' right-wing allies were disappointed by Erna Solberg's plans to take in orphans of Norwegian jihadis, their left-of-the-centre sidekicks argued it was not enough and demanded more action.

Norwegian Prime Minister Erna Solberg stunned her nation by claiming that the government was working on bringing home the dead jihadists' orphans from areas formerly controlled by Daesh*.

This came as a surprise, as the Conservative prime minister had previously called the repatriation of people from the Middle Eastern camps "inappropriate in the current security situation".

The Progress Party, the Conservatives' right-wing allies, called this decision "unwise" and "disappointing".

"People are shocked", Progress Party MP and former Justice Minister Per Willy Amundsen said. "This means that we can bring home children who have undergone terrorist training, and that is deeply problematic".

By contrast, the Liberals, the Conservatives' allies from the other side of the political spectrum, welcomed the plan. However, Liberal parliamentary vice president Abid Raja stressed that the proposed measures were not enough.

"We're not there until all the 40 children have been picked up. I would also urge Erna Solberg to fund a solution for the other children. There is a difference between being an orphan and having a mother in life, but I still believe that we should treat the children equally", Raja told NRK.

An even more radical approach was championed by the Christian Democrats, the last of Solberg's allies.

"The Christian Democrats always take the child's side. It's never the children's fault, regardless of whether their parents are alive or not", party leader Olaug Bollestad told NRK. According to her, the Norwegian government must take responsibility for all of the jihadi offspring.

Her party colleague Minister of Children and Family Kjell Ingolf Ropstad supported Solberg, but reiterated that all the children must be ultimately taken home.

According to estimations by the Norwegian Police Security Service (PST) at least 30 jihadists and 40 "Daesh children" with a Norwegian affiliation remain stranded in Syria.

The future of jihadists, their wives and children has long been a stumbling block for the Norwegian government. While the Progress Party and the Conservatives have been reluctant to actively help them return, the junior parties, the Liberals and the Christian Democrats, have been calling on the government to step up measures to help them.

Previously, terrorism researchers, including Magnus Ranstorp of the Swedish National Defence College, stressed that the terrorists remaining in the Middle East belong the most hardened and dangerous variety. Ranstorp also stressed that "Daesh brides" and "Daesh children" are dangerous as well and shouldn't be portrayed as victims.

"It is not the children's fault, but their identity risks being linked to Daesh. Often they continue living in their extremist families. It can be a delayed effect. In 20-25 years, it can cause problems," Ranstorp told Expressen daily.