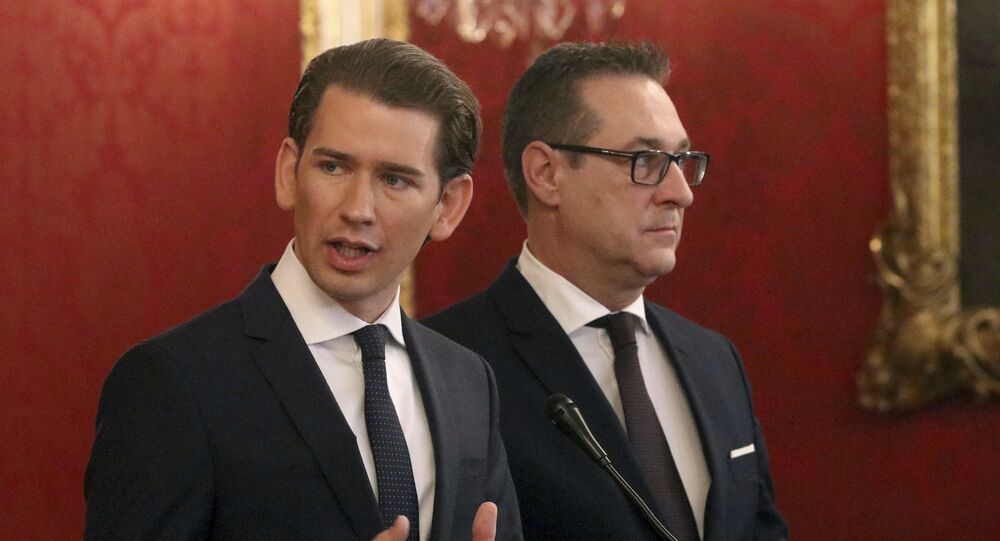 The controversy-provoking poem draws parallels between humans, more specifically migrants, and rats, predicting that if two cultures are mixed, they inevitably become distorted as a result, regardless of whatever “noble goal” is pursued.

Austrian Chancellor Sebastian Kurz has demanded clarification from his right-wing coalition partners Monday over what he referred to as an “abominable” and “deeply racist” poem that likens humans to rats, adding that the words it contained had “no place  in Upper Austria or in the whole country”, Austrian press agency APA quoted the head of the country as saying.

The chancellor also urged the local national-conservative Austrian Freedom Party (FPÖ), which is behind the publication, to “immediately and unequivocally distance itself from and clarify” the poem.

According to the Austrian daily Der Standard, the poem appeared in an FPO newspaper in Braunau am Inn, the birthplace of Nazi Germany’s leader Adolf Hitler and was authored by  FPÖ politician Christian Schilcher, the town’s vice mayor, who acknowledged he wanted his text to "provoke", but did not aim to "insult or hurt" anyone.

"I simply wanted to describe changes, from the perspective of an animal that observes a city from below, which myself and others quite rightly criticise," Schilcher said, going on to apologise for “the historically burdened” comparison between rats and humans.

The poem, titled "Die Stadtratte" (the city rat), stated that “just as we live down here, so must other rats, who as guests or migrants… share with us the way of life, or [they must] quickly hurry away." It also puts forward an idea that "if you mix two cultures (set as a noble goal), it's as if you destroy them."

Austrian Vice Chancellor and Freedom Party Chair Heinz-Christian Strache did not directly address the backlash, but posted on Facebook on Monday evening that the “current incitement and campaign” against his party points to their rivals being “especially nervous” on the threshold of European Parliament elections, due to take place in May.

The FPO has been in a ruling coalition with Kurz’s conservative People’s Party (OVP) since 2017 and is among a number of right-wing political forces to have assumed power in the EU.