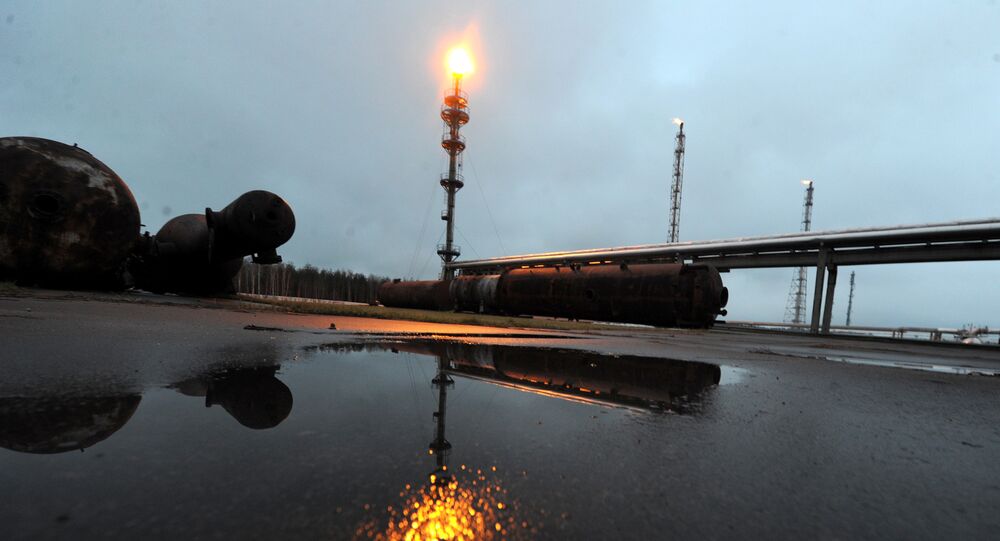 "We are planning to begin deliveries [of oil from alternative sources] this year," Grib told reporters.

READ MORE: Belarus, Russia to Respond to Polish Plans to Host US Military Base — Lukashenko

© REUTERS / Sergei Karpukhin
Russia Unable to Quickly Reduce Oil Output Under OPEC-non-OPEC Deal – Minister
According to him, Baltic countries and Ukraine are extremely interested in Minsk sending oil shipments via their ports because it means "additional profits" for them.

Grib explained that in this case, everything will depend on the conditions proposed to Belarus by neighbouring countries for the transshipment and transportation of oil.

He added that oil from Azerbaijan, Saudi Arabia and Nigeria could be refined at Belarusian refineries. He did not specify which options for deliveries are being worked out by Belarus.

Belarus has paused exports of light oil products to Poland, Ukraine and the Baltics over problems with oil deliveries from Russia, Sergei Grib said.

"The delivery of light oil products, gasoline and diesel fuel to Ukraine, the Baltic states and Poland has been suspended… [Contractual obligations] are currently suspended until the issue with the Russian oil is resolved," Grib said.

The deputy chairman of the board of Belneftekhim, Vladimir Sizov, meanwhile, said that oil with a higher concentration of organochlorine compounds had already entered both the European Union and Ukraine.