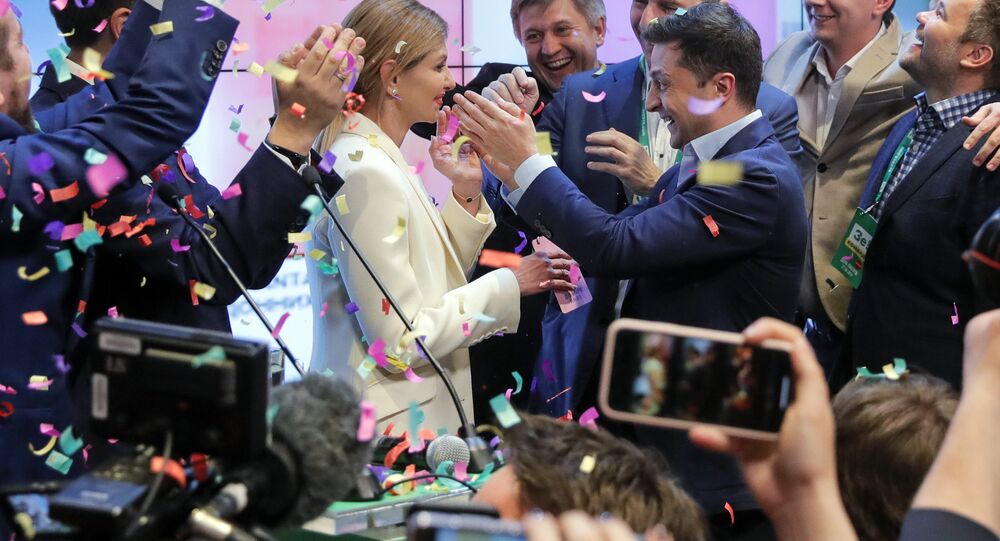 Ukrainian comedian Volodymyr Zelenskiy has won the nation’s presidential race by a confirmed landslide, according to exit poll results.

© Sputnik / Stringer
Putin Open to Provocation-Free Dialogue With Ukraine's Zelenskiy - Kremlin
The eastern European nation on Sunday saw the election of show-business personality and comedian, Zelenskiy, 41, a man with zero political experience and very little in the way of a detailed policy platform, according to Reuters.

The youthful entertainer's resounding victory at the polls comes as a brutal blow to incumbent Petro Poroshenko, a life-long politician with deep ties to the country's old-guard bureaucracy.

Exit polls showed Zelenskiy taking 73 percent of the vote while Poroshenko lagged well behind with just 25 percent, according to Reuters.

An actor who routinely plays fictional characters on national television, Zelenskiy will take control of a country seeking at once to strengthen ties to the west and mollify it's closest neighbours.

© REUTERS / Oleksandr Khomenko
Topless FEMEN Activist Protests Presidential Hopeful, Chanting 'Stop Raping Ukraine!'
"I'm not yet officially the president, but as a citizen of Ukraine, I can say to all countries in the post-Soviet Union: look at us. Anything is possible!" declared the newly-elected Ukrainian president.

Zelenskiy has not clarified precise details regarding how to achieve his aims, however, as investors and allies seek assurances that he will take what the West regards as the necessary measures to attract investment and retain membership of the nation in the International Monetary Fund.

"Since there is complete uncertainty about the economic policy of the person who will become president, we simply don't know what is going to happen and that worries the financial community," noted Kiev-based investment banker Serhiy Fursa, cited by Reuters.

"We need to see what the first decisions are, the first appointments. We probably won't understand how big these risks are earlier than June," Fursa added.

"Perhaps nothing will change."