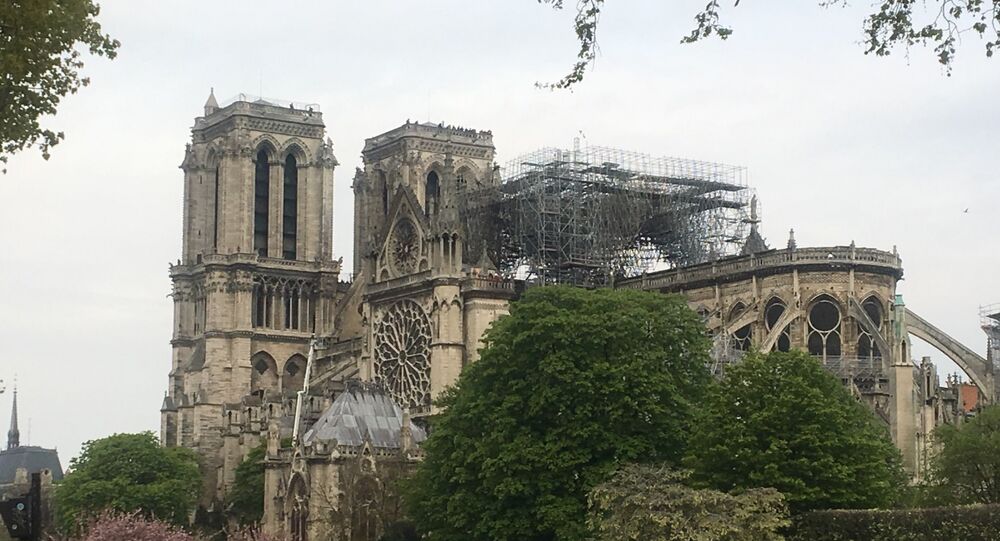 After the French government announced an international competition to find a replacement for the spire destroyed in the cathedral fire, British designers haven’t missed the opportunity to respond with their ideas.

Norman Foster of Thames Bank, one of Britain’s most famous architects, said that the competition was an “extraordinary opportunity” that would prove irresistible to anyone in the profession. He suggested submissions should embrace the boldness of the original builders, who pushed the limits of the technology of their day with their flying buttresses.

Foster is most well-known for his project of an enormous glass dome that was added while rebuilding the Reichstag in Berlin in 1999, which had been burnt down by the Nazis. He suggested that the new Cathedral’s spire could be “a work of art about light” and should be “contemporary and very spiritual and capture the confident spirit of the time”.

Ian Ritchie, the creator of the 120m Spire of Dublin, declared that he would enter the competition and proposed “a refracting, super-slender reflecting crystal to heaven”.

“I think it would need to be perforated — at least 50 percent empty space to eliminate wind loads — and could be a beautiful contemporary tracery of glass crystals and stainless steel. It should get to touch heaven’s clouds in a piece of celestial gothic acupuncture,” he said, cited by the Sunday Times.

© AP Photo / Thierry Mallet
Investigators Believe Notre Dame Blaze Started at Base of Iconic Spire - Reports
Ptolemy Dean, the surveyor of the Fabric of Westminster Abbey, also suggested a glazed element to illuminate the space and enable the area beneath the roof to be fully utilised, just as it is in London, where the medieval triforium was converted into a museum last year.

“It needs to be a holistic scheme. But it should be useful as well as symbolic. It’s a fantastic opportunity to add a new dimension,” he said.

One of the schemes even suggested placing a minaret on top. Tom Wilkinson, in an essay in architecture magazine Domus, said he would like to see a minaret as a memorial for the approximately 100 Algerian protesters killed by the French police in 1961 and thrown into the Seine, or a monument to le gilet jaune movement.

Eric Parry, who created the London Stock Exchange by St Paul’s Cathedral, said that Notre Dame’s spire “should touch the cultural pulse of today, uniting the ground and sky, and form a lens through which to aspire to the future,” and “we might be looking at something incomplete. My only anxiety is that the rapidity of the rebuilding is driven by a political agenda. That might taint it”.

However, there has been a backlash against President Macron after he vowed that the cathedral would be rebuilt in only five years and called for “a touch of contemporary architecture” rather than a reproduction. Tszwai So, of Spheron, a group of younger British architects, cautioned that any new spire was likely to receive the same reception as IM Pei’s pyramid at the Louvre, which caused an outcry when it was commissioned in 1984.

Twitter users weren’t exactly happy as well, with many of them providing mock examples of what a “modern” and “international” spire could look like.

The initial promise to restore this magnificent cathedral to its former glory has been shoved aside. The French Government has announced a competition to REDESIGN THE #NotreDame SPIRE⁉️ Modernist architects who have no regard for heritage, beauty or tradition must be kept away! pic.twitter.com/Vu40meI7Ex

Macron: We will have an international competition to redesign the Notre Dame spire!