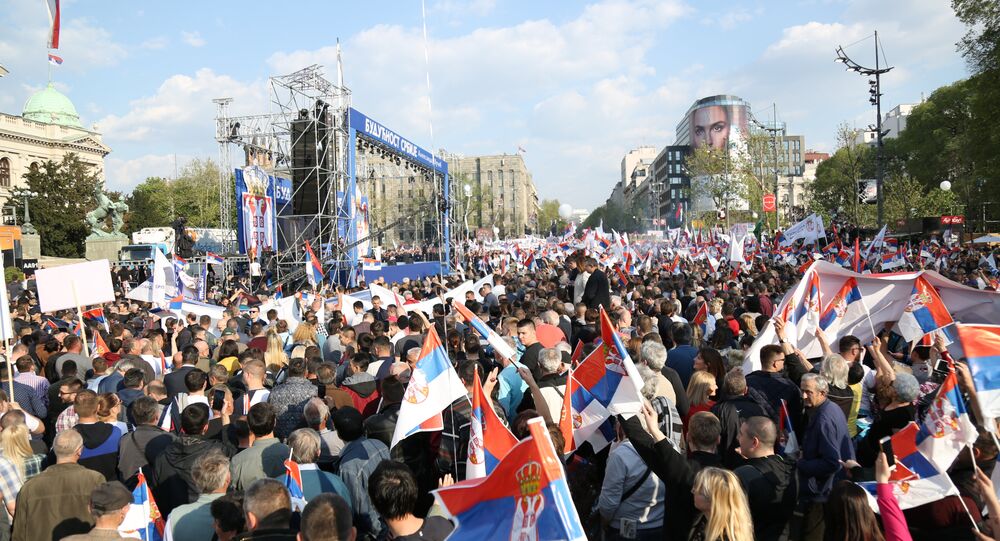 With well over a hundred thousand people gathering in the city to voice their approval of Alexander Vucic and his policies, with the rally’s “carnival atmosphere” being boosted by performances from rock and folk singers.

A massive pro-government rally called “The Future of Serbia” kicked off in the country’s capital of Belgrade on Friday, 19 April.

The rally was marked by rock and folk singers’ performances, with Vucic himself promising a "carnival atmosphere" to the people in attendance.

The president addressed the demonstrators in front of the National Assembly, describing the people who gathered in Belgrade as those who “want a worthy and honest Serbia” and who “would not threaten and destroy”.

According to local police estimates, up to 150,000 people have taken part in this gathering.