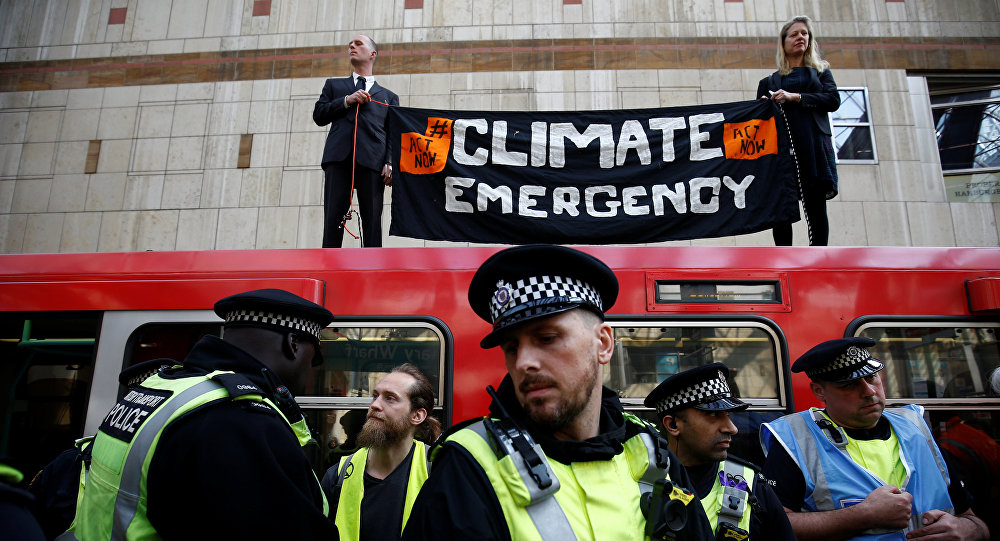 LONDON (Sputnik) – Environmental activists, who have been protesting in the UK capital since Monday, expressed on Thursday plans to block London’s Heathrow Airport, the Independent media outlet reported.

“Many of you have expressed a desire to disrupt Heathrow – and so we wanted to share this action with you … For the Bank Holiday, we are halting swarming disruption and turning our focus onto the aviation industry. We want you to join us … It is not our intention to cause further separation. However, the aviation industry needs to be targeted and we are all aware of the deep, structural change that needs to come,” a message leaked from the WhatsApp group for protesters said, as quoted by the local media said.

A Heathrow spokesperson also said that the administration was working with the authorities to address the threat.

“We are working with the authorities to address any threat of protests which could disrupt the airport … While we respect the right to peaceful protest and agree with the need to act on climate change, we don’t agree that passengers should have their well-earned Easter break holiday plans with family and friends disrupted,” the spokesperson said, as quoted by Independent.

© AP Photo / John Stillwell
Climate Activists Block Central London in ‘Rebellion’ Protests - Organizers
This comes after on Thursday, the police informed about over 420 arrests. The activists have been mainly arrested on suspicion of blocking traffic on London's key highways during rush hours and property damage, including the one done to the Royal Dutch Shell's headquarters building.

Since Monday, London has been gripped by climate change rallies organized by the environmental organization Extinction Rebellion. The protesters plan to continue their action round the clock for the next two weeks, demanding that the government address what they describe as an "ecological emergency."