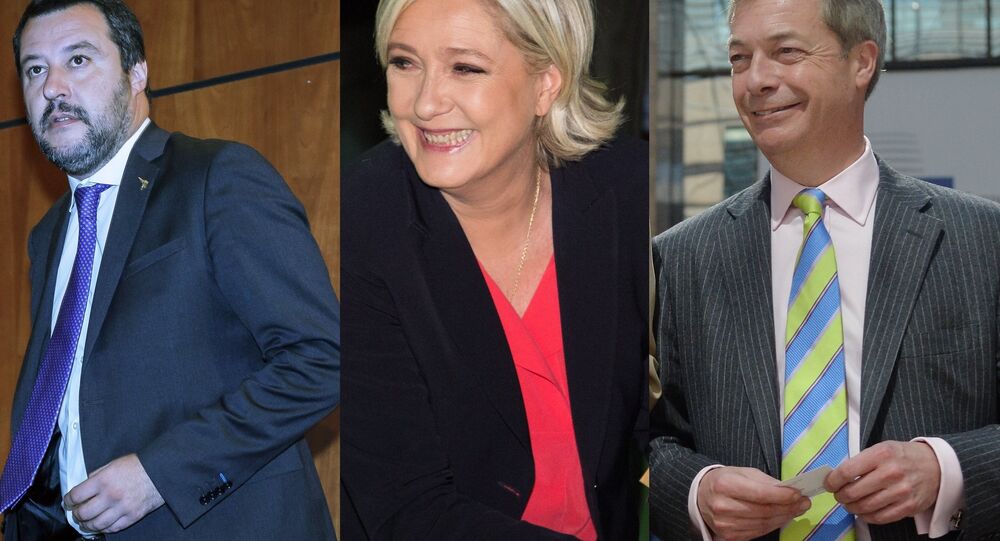 Marine Le Pen, who conceded defeat in the 2017 French presidential elections, has stepped on a war path with the Emmanuel Macron, claiming she will seek to make the Eurosceptic group in the EU Parliament will be much more advanced than the liberal bloc.

"We have made changes in the last two years. The situation of isolation that we had in Europe is now over. We didn't have much choice: either we had to submit to the EU or we had to leave it. But we now have allies… We have mandated Matteo Salvini to try to build this very big group for the defence of European nations. We want to go further and get the group, which is the biggest, the strongest possible," Le Pen said during the launch of her "Europe of nations" project.

With regards to Nigel Farage and his newly announced Brexit party, the French politician said:

"He is welcome if he wants to join. Even if it might be just for a moment."

Macron's La République En Marche! Party candidates are expected to either form a powerful liberal union with the Alliance of Liberals and Democrats for Europe (ALDE) or create a new EU Parliament group of pro-European centrists.

Le Pen's mission is to counter Macron's liberal pro-EU bloc, while Matteo Salvini of the governing Lega party in Italy has already taken steps towards fortifying an Eurosceptic Alliance ahead of the European Parliament vote.

READ MORE: Italy's Salvini Hopes to Forge Eurosceptic Alliance Ahead of EU Vote in May

The next European elections take place on 23-26 May 2019, with chances of the UK partaking in the vote highly increased, following the extension until 31 October.

Le Pen's and Salvini's ambition to strengthen the Eurosceptic alliance within the EU could see major support from Nigel Farage, who announced that his party holds an "impressive list" of 70 candidates.