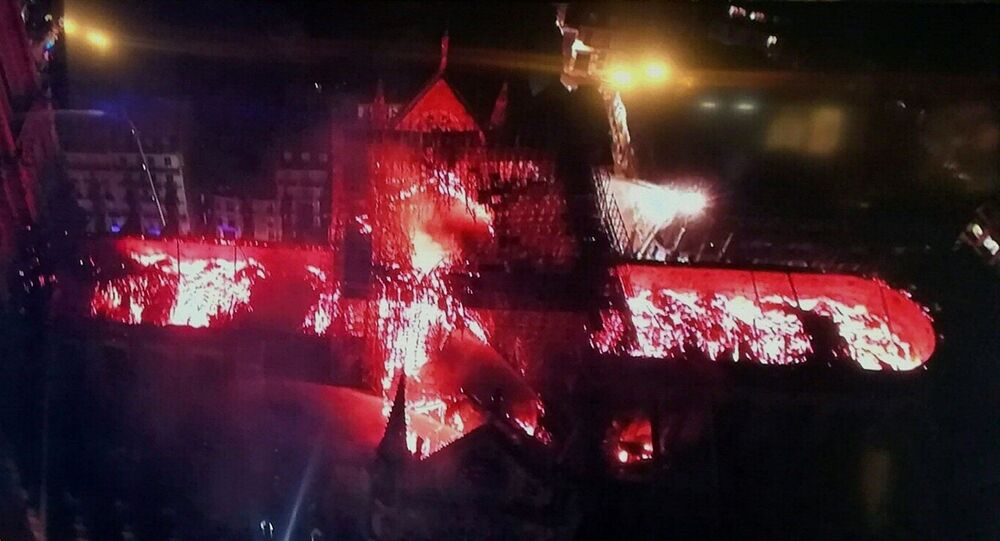 PARIS (Sputnik) - The amount of donations pledged for restoring the iconic Notre Dame cathedral, which was severely ravaged by the blaze earlier in the week, has reached about 1 billion euros ($1.1 billion), Le Parisien newspaper reported on Wednesday.

According to Le Parisien newspaper, the information is valid as of Tuesday evening.

A massive fire broke out at the cathedral on Monday evening, causing the collapse of the Notre Dame spire and two-thirds of the roof. The blaze was fully extinguished only on Tuesday morning. Though the inferno badly damaged the iconic church, the two main towers, relics and main works of art were saved.

Paris Mayor Anne Hidalgo announced the release of 50 million euros to restore the renowned cathedral. Valerie Pecresse, president of the Ile-de-France region, in which Paris is located, promised to release 10 million euros in "emergency aid to help the [Paris] archdiocese to do the initial work."