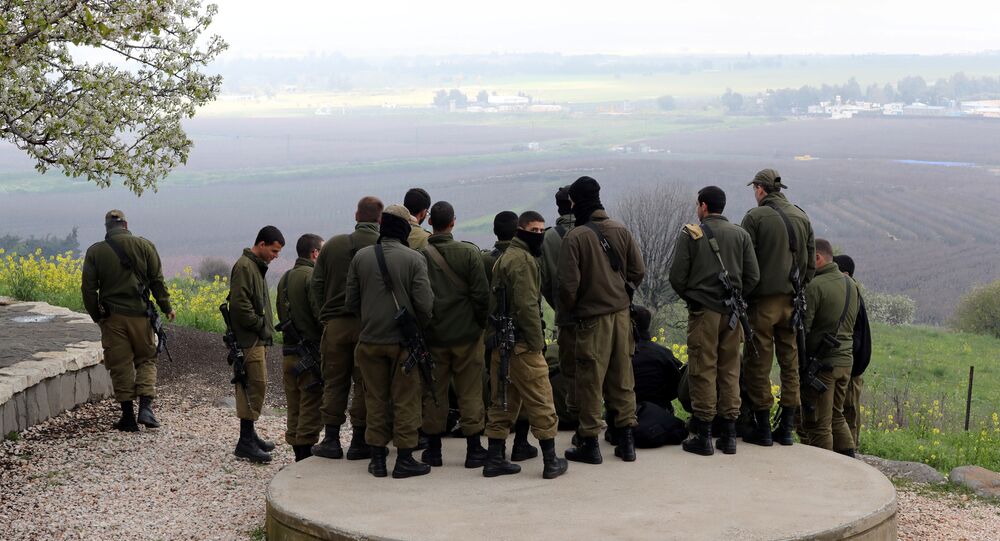 The statement follows a warning by Syrian Foreign Minister Walid Muallem that Damascus hasn't ruled out a military solution to the Golan Heights issue, which came to the fore in late March when US President Trump recognised Israel's sovereignty over the Golan.

EU foreign policy chief Federica Mogherini has reiterated that Brussels’ stance on the Golan Heights' status “has not changed”.

“The EU has a very simple and clear position. The EU does not recognise Israeli sovereignty over any of the territories occupied by Israel since June 1967, in line with international law and with UN Security Council Resolutions 242 and 497. This also applies to the Golan Heights”, she told a European Parliament session in Strasbourg.

She added that she had already issued a declaration on behalf of all the 28 member states clarifying their stance on the Golan Heights.

According to Mogherini, five UN Security Council members, the UK, France, Germany, Belgium and Poland, expressed the EU’s common position on the matter in a joint stake-out.

She spoke after Midhat Saleh, the director of the Golan Heights Department in the Syrian government, told Sputnik last week that Damascus has the right to have the Golan Heights returned after over 50 years of Israeli control, by any means possible, and that a military option hasn't been excluded.

Late last month, Mogherini underscored that the EU was against the US decision to recognize Israel's sovereignty over the Golan Heights adding that Brussels will not follow suit.

“Ignoring UN Security Council Resolutions on the Golan Heights is not a solution and let me be very clear, the EU will continue to not recognize Israeli sovereignty over the territories occupied over 1967”, she pointed out.

Earlier, Maja Kocijancic, the spokesperson for the EU's diplomatic service, reiterated that the EU’s position pertaining to the status of the Golan Heights “has not changed” and that “in line with the international law and UN Security Council resolutions 242 and 497, the EU does not recognise Israeli sovereignty over the occupied Golan Heights”.

On March 25, US President Donald Trump signed an executive order formally recognising Israel's sovereignty over the Golan Heights after his meeting with Israeli Prime Minister Benjamin Netanyahu at the White House.

© AP Photo / Ariel Schalit
Gift to Bibi or Blow to Syria? Possible Motives Behind US Golan Heights Decision
On the same day, the Syrian Foreign Ministry’s press service said that the Syrians had the right to return to the Golan Heights in any of the available ways, adding that this territory remains “Arab and Syrian”.

The Golan Heights — a strategically important landlocked area located between Israel’s northeastern border and Syria’s southwest, has been mostly under Israel’s control since the country seized the territory during the 1967 Six-Day-War with neighbouring Arab states.

While Israel adopted a law proclaiming the territory an essential part of the Jewish state in 1981, the UN declared the move void, having no legal effects. Last year, the UN General Assembly adopted a resolution urging Israel to immediately withdraw its forces from the Golan Heights.