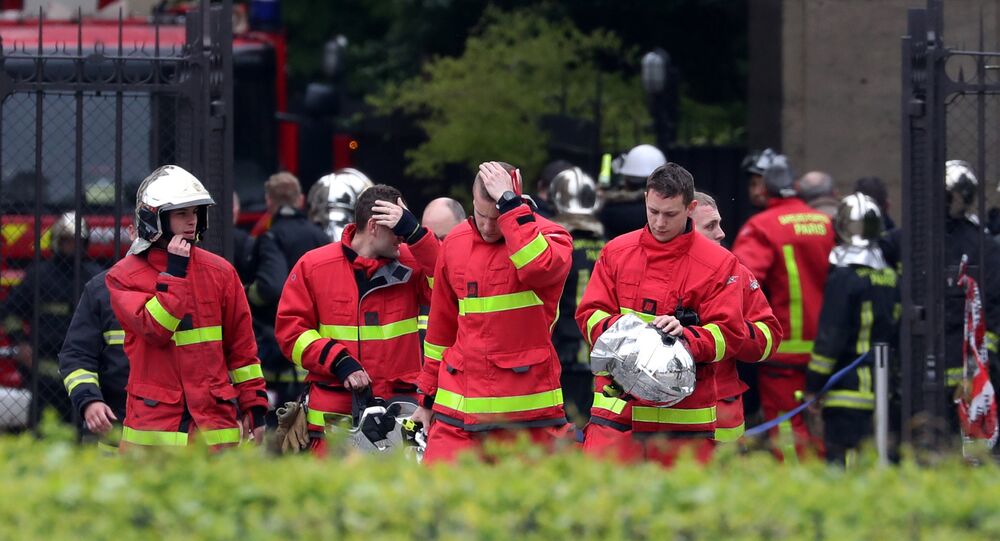 The devastating fire broke out at Notre Dame de Paris on Monday evening, causing the collapse of the cathedral's spire and two-thirds of its roof.

Pope Francis thanked the firefighters who battled to extinguish the fire at the Notre-Dame Cathedral in Paris on behalf of the entire Catholic Church.

"The gratitude of the whole Church goes to all those who did everything they could, even risking their lives, to save the Basilica," he said during the weekly general audience in Saint Peter's Square.

Francis said he had been "very saddened" by the fire on Monday, which gutted the cathedral.

According to reports, a firefighter suffered injuries during the blaze.

© Sputnik / Sergei Mamontov
‘It Will Not Fall Down’: French Officials Dismissed Notre Dame’s Neglected State in 2017
The building was heavily damaged in the blaze and two-thirds of the cathedral's wooden roof were destroyed in the fire. The main spire and clock collapsed, but the two main towers were saved.

French President Emmanuel Macron has described the incident as a "terrible tragedy" and promised to rebuild the 856-year-old cathedral.

After the tragic fire, the French heritage foundation and the US-based French Heritage Society began fund-raising campaigns to help rebuild the landmark cathedral.