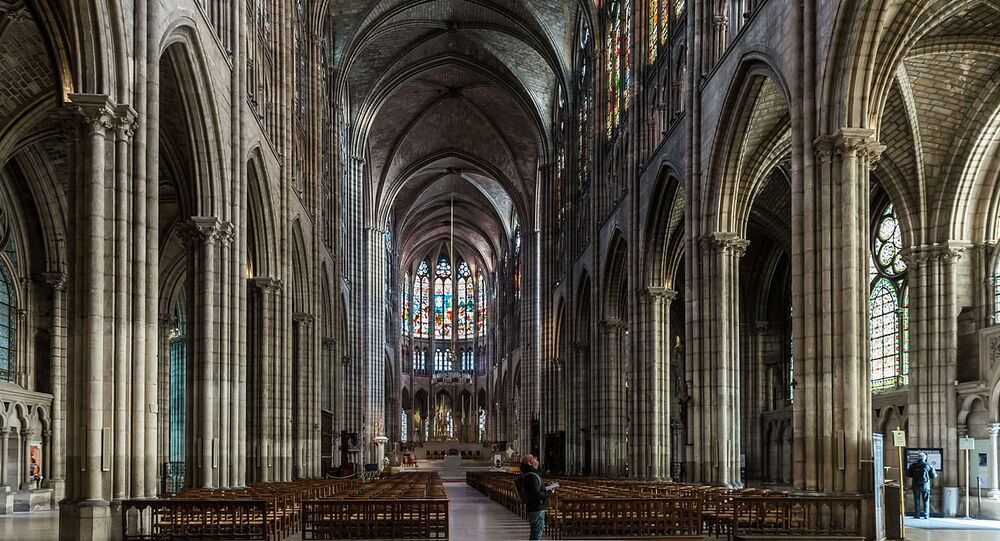 France has suffered a stark uptick in vandalism against places of Christian worship in recent years, with close to 900 acts of defacement and well over 100 thefts of church artefacts reported over the last year alone.

A 41-year-old Pakistani national charged with causing extensive damage to the Basilica of Saint-Denis, one of France's most important religious, cultural, historical and architectural landmarks, will go on trial next month, Le Parisien has reported.

The man, who arrived in France just two months ago, is accused of damaging two doors and several stained glass windows, and of causing extensive damage to the basilica's main organ back in March, and was arrested last week after his DNA was reportedly discovered at the scene of the crime.

When asked if he would prefer to postpone his trial date at a pretrial hearing to prepare his defence, the man, who does not speak French, told a Bobigny court judge he does "not understand the French judicial system," adding that had no idea how he was "concerned with this case."

The court's judge marked annoyance over the ignorance defence, saying the "situation is not very difficult to understand."

© AFP 2021 / BERTRAND GUAY
Vandals Threaten France's Christian Heritage With Arson, Faeces - Report
The man, who already had a run-in with the law twice in February for vandalism, will undergo a psychiatric evaluation, with a trial date set for May 10. He has been ordered to remain in pre-trial detention until then.

French media did not clarify how much prison time the accused may face if convicted, although amendments to the criminal code in 2008 raised the maximum punishment for vandalism from two-three years in prison to seven years in prison and a fine of 100,000 euros, or up to half the value of the damaged object.

The medieval-era Basilica of Saint-Denis is one of France's most important cultural artifacts, with a cemetery situated at the site since Gallo-Roman times, and the church completed in 1144. Almost every one of France's kings from the 10th to the 18th centuries is interred at the basilica.

France's churches have faced a major uptick in vandalism and robberies in recent months. Opposition lawmakers have demanded an investigation into these apparent acts of anti-Christian vandalism.

© AFP 2021 / FRANCOIS NASCIMBENI
Christians Under Attack: Catholic Churches Desecrated Across France (PHOTOS, VIDEO)
Among the holy sites recently damaged was Paris' 17th century Saint-Sulpice church, which caught fire last month in what police have since said was a deliberate act of arson. Firefighters managed to put the fire out before if caused extensive damage.

France has been among the countries hit hardest by the surge of illegal immigration facing Europe over the last few years, with over 323,900 asylum applications registered between 2014 and 2017. Over 1.8 million people arrived in Europe from the Middle East and Africa during the same period, causing major social and economic tensions with local populations, as well as conflicts between EU members over conflicting views on the immigration issue.