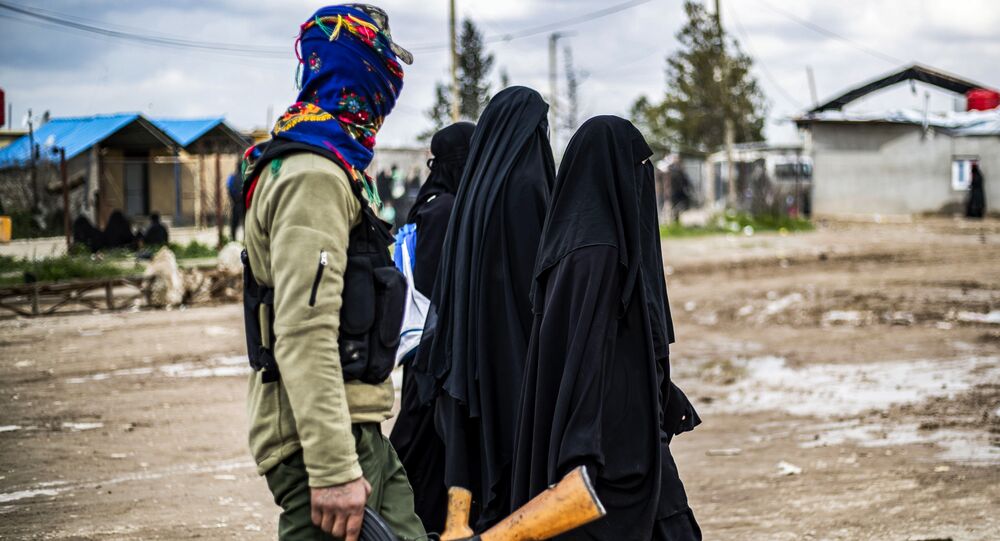 Norway to DNA-Test Daesh Kids Before Bringing Them 'Home'

The future of the children of Western-born jihadis in Syrian and Iraqi detention camps remains a matter of heated debate, as a number of countries are struggling to find answers and solutions.

In an attempt to obtain a reliable overview of exactly how many children of Norwegian jihadists and "Daesh* brides" are left in detention camps in Syria, Norway intends to apply DNA testing to make sure they are Norwegian before they can be taken home. However, even Norwegian citizenship doesn't guarantee a return ticket to Europe.

"We cannot risk us taking children to Norway, whose parents may still be alive and are not Norwegian citizens," Foreign Minister Ine Eriksen Søreide said, explaining the government's stance to national broadcaster NRK.

Søreide pointed out that it is particularly difficult to determine the identity and citizenship of the children, because many were born in Syria or Iraq.

"Thus, a DNA test must be carried out to confirm the child's identity and citizenship, which is demanding", Søreide said. According to her, establishing citizenship first requires establishing a correct identity. How long the process may take remains unclear.

The Norwegian authorities are in contact with international humanitarian organisations that have access to the camps in Syria and Iraq, such as the International Red Cross Committee.

Previously, Prime Minister Erna Solberg said that as it stands today, bringing home either jihadists themselves or their children is "inappropriate". Søreide agreed, stressing that there are no simple solutions to this matter.

"However, we are trying to get the best possible overview of the situation, both regarding the conditions in the camps and about Norwegian citizens who may be there," Søreide stressed.

The foreign minister explained that Norway is working closely with twelve European countries, including Sweden and the other Nordic countries, in attempt to develop practical solutions. Swedish Foreign Minister Margot Wallström announced that the Swedish government is willing to bring home the children of Swedish jihadists or Daesh widows and called for a common policy between the Scandinavian countries.

According to Søreide, however, it is not guaranteed that the Daesh children will be brought back, even if their Norwegian citizenship is established.

"It is a question we must come back to," Ine Eriksen Søreide concluded.

As of the today, the exact number of children with ties to Norway is shrouded in uncertainty. The Norwegian Intelligence Service PST previously estimated that around 30 jihadists and at least 40 children with the right to Norwegian citizenship are in what used to be known as Daesh's "caliphate".

Last week, Norway provided an additional NOK 35 million ($4.1 million) for healthcare issues in the Al-Hawl camp in Syria, which reportedly houses up to 80,000 people, including at least several Norwegians.

The Norwegian media have previously run a series of personal reports about distressed Daesh brides portrayed as scrambling to survive in the camps amid a lack of food and rampant disease.

Several human rights organisations, such the Norwegians People's Aid, have urged the government to do more to alleviate their suffering.