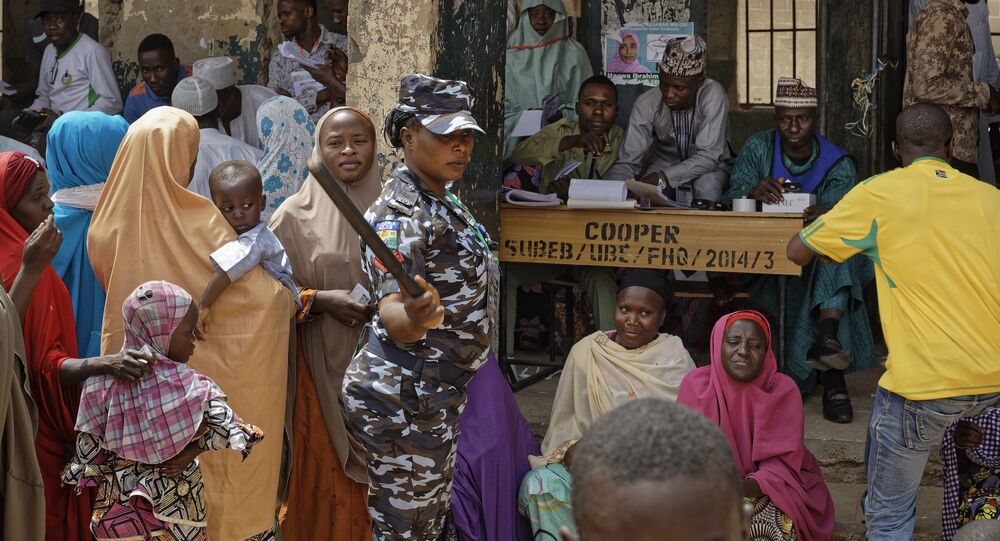 According to the Department for International Development, the focus of the campaign is on "aspirational stories of women who have established successful careers in Nigeria."

Posters encouraging Nigerian women to stay back in their home country instead of travelling to Britain and risking falling victims to human traffickers have been backed by the UK government.

The message is to be spread in schools, churches and marketplaces across the country to tackle modern slavery, as well as sexual and labour exploitation of vulnerable people.

A story of a single mother from Nigeria who was raped and tortured as she tried to travel to Europe but eventually returned to Nigeria and started working as a pastry chef — is used as one of the examples by the campaign.

In September 2018, International Development Secretary Penny Mordaunt was joined by representatives from Nigeria and other countries at the United Nations, where she addressed the issues of human trafficking and modern slavery:

"Because whether it's young girls affected by trafficking across borders for sex, men and women forced to work in factories and fields, or the child labour that goes into our smartphones, no nation is free from the terrible abuses and violence that go hand in hand with these human rights violations. The statistics are shocking. At least 40 million victims of modern slavery, 25 million victims of forced labour, and perhaps the most troubling — one in four victims of modern slavery is a child. And beyond those statistics are real people, enduring real suffering."

Last year, the UK pledged to help tackle root causes of dangerous migration and modern slavery in Edo state, the epicentre of Nigeria's human trafficking business. The government announced an investment of £6 million in the ‘Stamping Out Slavery' in Nigeria (SOSIN) programme, taking its total value to £10 million.

The cost of modern day for the UK is around £4.3billion a year, in terms of policing at home and abroad, and victim care and rehabilitation. Nigeria is estimated to have over 1.3 million slaves and in 2017 Nigerian nationals were the fifth largest group of victims referred to the UK's national referral mechanism, according to the Department for International Development.

For US, ‘Modern-Day Slavery Is a Feature of the Current Immigration Regime’