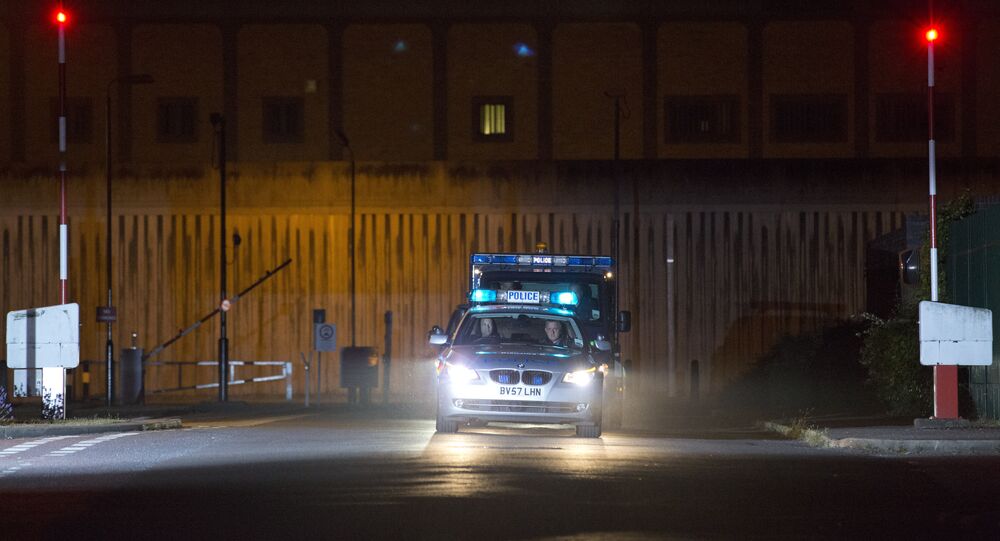 After his recent arrest, the WikiLeaks founder, who became famous for publishing classified US government data, now faces the threat of extradition to the United States on charges of conspiracy to commit computer intrusion and could get up to five years in jail.

Supporters of WikiLeaks founder Julian Assange have gathered to protest outside Belmarsh Prison in London on 14 April, where he is allegedly being held in custody.

On 11 April, Assange was arrested at the Ecuadorian Embassy in London after Quito withdrew the political asylum that it had granted to him.

Julian Assange's supporters, who held a rally outside of London's high-security Belmarsh prison where the WikiLeaks founder is reportedly currently being held, told Sputnik that his arrest was "the shame for the world" and accused the UK government of violating his human rights.

Campaigners for the now-imprisoned Assange staged a lively picket on Saturday outside of Belmarsh Prison, demanding that Assange be freed without delay.

"The British government has also violated [Assange's] human rights, we've been in shock since this happened and can only imagine what Julian has been through", one Ecuadorian activist, going by the name of Clara and affiliated with the pro-Assange group "Wise Up Action", said.

Speaking to Sputnik at the scene, she stressed that the Ecuadorian government had acted unconstitutionally by suspending Assange's Ecuadorean citizenship, which he was granted at the end of 2017.

"The way they grabbed this man, nearly seven years in the embassy without sunlight or fresh air, it was absolutely outrageous, it's a shame for the world… Julian had Ecuadorian citizenship but they took all that away from him, just like that, and broke the constitution in doing that", the activist said.

She went on to claim that Assange had been the target of a persistent "witch hunt" following his organisation's role in the leaking of a sizable quantity of classified US information in 2010, something which supporters fear may ultimately involve him being extradited to the United States for prosecution.

"It's been a witch hunt from the beginning, and God knows where he's going to go, but we'll make as much noise as we can. We've got a lot of support around the world, so we'll see what's going to happen", the activist added.