On 4 March, Prodigy fans from all around the world mourned the death of legendary 49-year-old vocalist Keith Flint, who was later confirmed to have hanged himself.

The Prodigy has suffered a second loss in the past month as the band’s  minder, Con Murphy, has tragically died just weeks after frontman Keith Flint hanged himself, according to an announcement on the Prodigy’s website and a tweet paying tribute to “Superman” Con.

“R.I.P Con. You always had our backs and looked after us for years, you got us out of many sticky situations on tour, you were a truly great man, in fact you were actually Superman — the people that knew you will understand what I'm saying”, the post by the “Prodigy boys” reads, continuing:

“Above all you were the greatest loyal friend to us all man. We will truly miss you and never forget you brother”.

To accompany the post, the band shared a series of touching joint snapshots of Murphy and Flint, with one of them capturing the moment Murphy lifted up Flint as he was surrounded by crowds of fans at a gig.

The Prodigy fans who knew Murphy weighed in, responding to the sad news and paying heartfelt tribute to the “Superman”:

“Con was a great man. The time and help he gave me personally over the last 15 years will always be truly appreciated. I am proud to have called him a friend”, one wrote, with another sharing a no less emotional message: 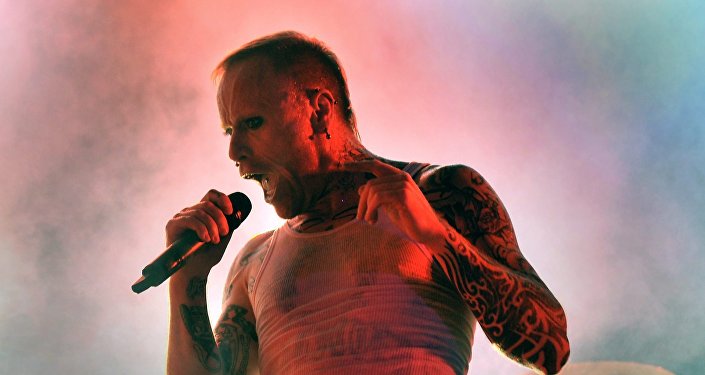 “A lovely guy and a true gentle giant… a true loss to the world”.

Although there was originally no information on the circumstances of the security man's death, his daughter Charlee Murphy-Frost told the Telegraph her "brave" father from West London had died on Friday after a long battle with cancer.

She said Con had passed away at a Windsor hospice "peacefully bringing to an end his long fight with cancer, a battle he fought with the bravest determination and the utmost stoicism."

The death comes a little over a month after Flint was found dead at his home in Great Dunmow, the UK, on 4 March, with an inquest finding later that he had passed away as a result of hanging.