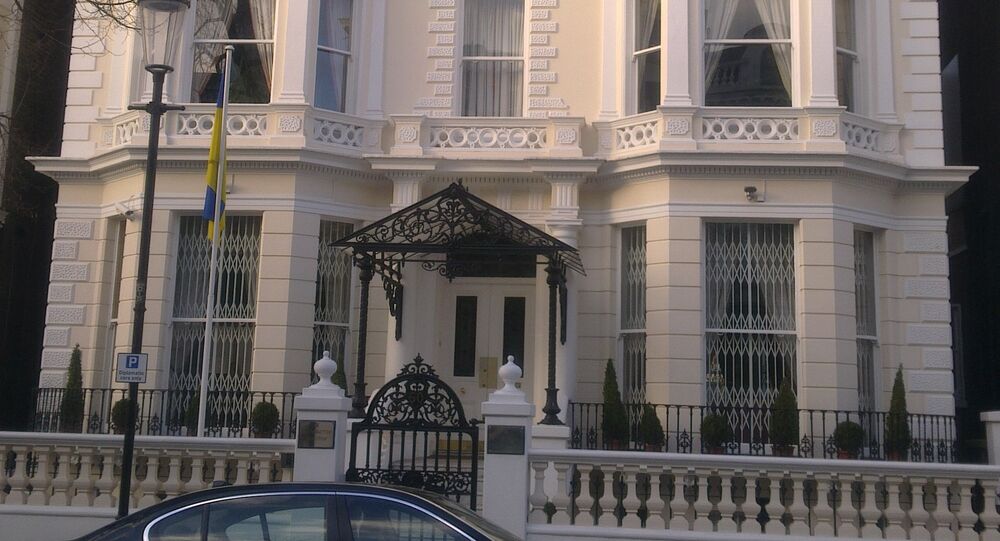 Police have arrived in the area of Holland Park, London after shots were fired near the Ukrainian Embassy, the Daily Star reported. The media outlet noted, citing witnesses, that at least 10 shots had been fired.

Meanwhile, Denys Sienik, a spokesman for the Ukrainian Embassy informed that police shot at a car that drove into Ukrainian ambassador's vehicle. As the spokesman explained, a person inside the car that rammed into the diplomat's vehicle posed a threat and thus police had to open fire. However, the embassy representative denied reports that shots had been fired from the car.

Commenting on the incident, the Metropolitan police stated that they have opened an investigation into the attack. However, law enforcement stressed that they were not treating the incident as terrorist-related.

"Police firearms and Taser were discharged, the vehicle was stopped and a man, aged in his 40s, was arrested," police said in a statement.

Earlier, eyewitnesses, as quoted by the Daily Star, stated that the gunfire allegedly came from a vehicle near the embassy building, with police returning fire.

No immediate information about the motives behind the attack is available at the moment.

The area is close to both the Ukraine and Cameroon Embassies.

The area has been cordoned off, according to reports. Some social media users noted that there are two embassies in the area: those of Ukraine, and Cameroon.

Police line blocks off Holland Park Road W11 from both sides, meters away from Cameroon embassy. Ukrainian embassy is inside the blocked zone.@metpoliceuk @EveningStandard @BBCBreaking pic.twitter.com/f84NIZxAqF

Meanwhile, some Twitter users said the scene had been cleared up and that no one was injured.

#Update: Just in — No one was injured at the scene police are giving the all clear sign at the scene in Holland Park #Kensington, west of #London. Looks like it were just random shootings in the air, to scare people in the area.