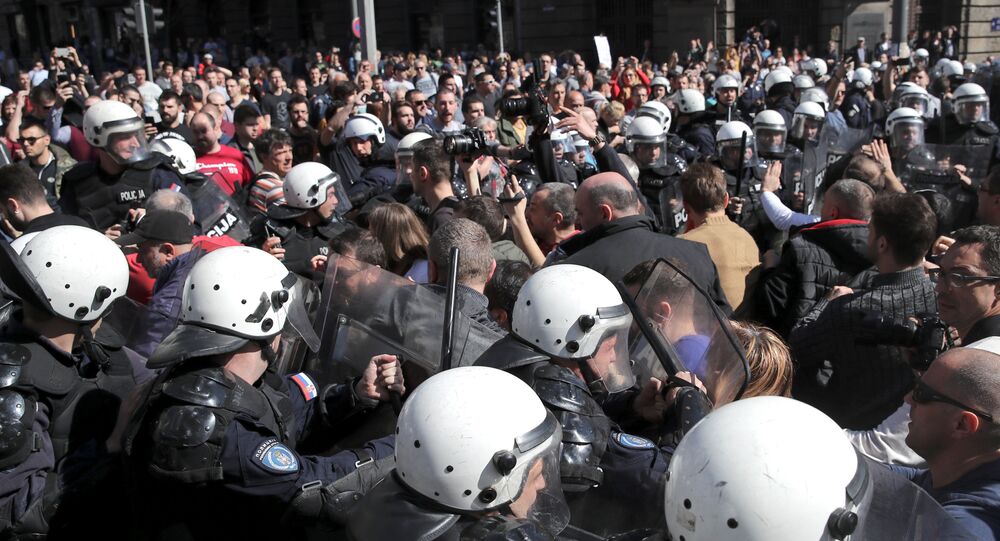 Protests have engulfed the Balkan nation since December of last year, triggered by an assault on the leader of the opposition Serbian Left and two of his associates. Last Saturday, protesters dismantled construction fences in the city centre and encircled the city assembly with them.

Protesters took to the streets in the Serbian capital Belgrade on Saturday, with the demonstration gathering political parties, opposition movements, NGOs, and public figures from across the country.

Demonstrators are demanding that those responsible for the assassination of Serbian politician Oliver Ivanovic in January 2018 in Kosovo be found, the dismissal of Interior Minister Nebojsa Stefanovic, and a change in leadership of the national broadcaster RTS.

The demonstrators had earlier urged the Serbian authorities to fulfil their demands before 13 April.

Alexander Vucic has previously chastised the protest leaders, saying that the opposition is resorting to desperate measures due to falling ratings. The president has sharply spoken against violence, stressing that “anyone” who thinks they can gain political wins by “hooliganism, violence, attacks on people” are wrong.

At the same time, the Serbian authorities have exercised restraint in terms of using force to against the demonstrators, releasing those who had been detained shortly after.

Alexander Vucic has entered politics in the 1990s, eventually becoming president in 2017.