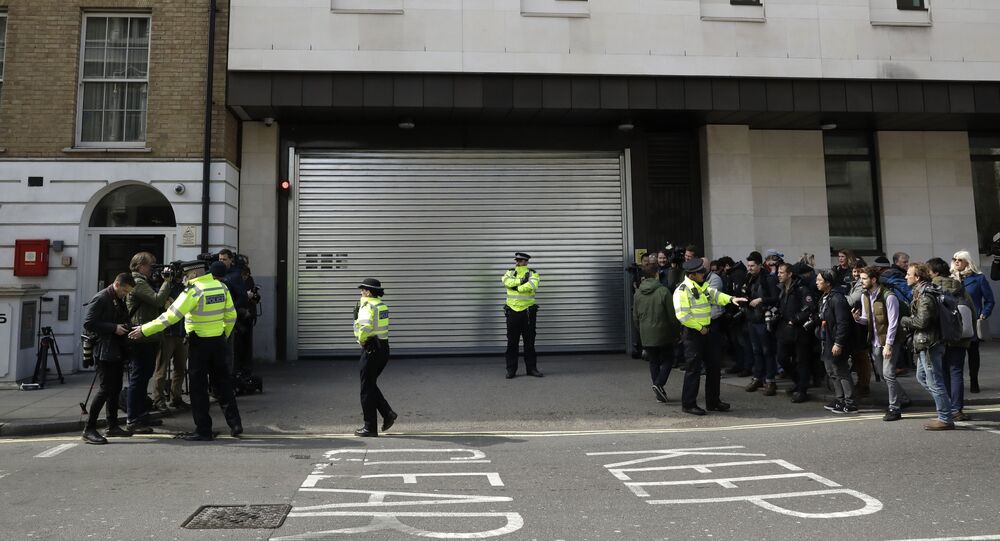 LONDON (Sputnik) - Suzie Dawson, an organizer at the United in Solidarity for Julian Assange, or simply Unity4J group, told Sputnik on Thursday that the group deplored the actions of the Ecuadorian government that had "torn international law to shreds" by enabling the UK police to arrest Assange in the Ecuadorian Embassy in London.

She added that the Unity4J was in solidarity with Ecuadorians who opposed Moreno and supported Assange.

"We are completely disgusted by the actions of the UK police… Julian spoke his first words to the world from his own mouth that he has been able to for over a year, those words were: 'The UK must resist this, the UK must resist.' Our message at Unity4J, a support organisation for Julian Assange, is that the world must resist this", Dawson added.

She voiced the belief that the day of Assange's arrest was a "terrible day for human rights."

"Julian should be in a hospital and not a jail cell. So we await the word from his legal team regarding the outcome of Julian's appearance at the UK magistrates court today", Dawson said.

The statement comes after the UK police arrested the founder of the whistleblowing website WikiLeaks inside the embassy, where he had been residing since 2012 as a political refugee, fearing extradition. Ecuadorian President Lenin Moreno confirmed that the country had withdrawn Assange's asylum status over his violations of international conventions.

© AFP 2021 / Niklas HALLE'N
RSF Slams Assange's Arrest Over WikiLeaks Activity as 'Precedent' US May Pursue
According to WikiLeaks, the goal of the arrest of its founder was his subsequent extradition to the United States, where he is wanted for publishing classified data. The activist, who is currently being held in custody, has repeatedly said that he fears extradition to the United States due to the fact that he has published thousands of leaked classified US authorities’ documents, exposing US atrocities in Iraq and Afghanistan.

Assange's mother wrote on Twitter, citing her son's lawyer, that the WikiLeaks founder would appear before a UK magistrates' court within 24 hours.