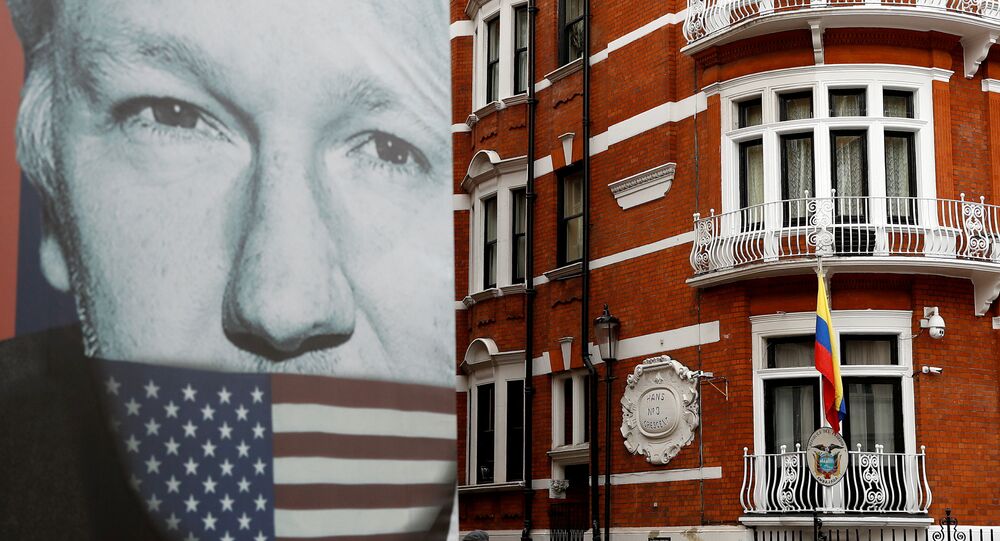 After residing for years under political asylum at the Ecuadorian Embassy in London over extradition fears, Julian Assange was arrested this morning by the British police. His team alleges that he might now be extradited to the US and persecuted there for publishing leaked classified documents, exposing US atrocities in Iraq and Afghanistan.

Julian Assange’s lawyer Per E Samuelson has told Swedish broadcaster SVT that there is a huge risk that the WikiLeaks founder will be extradited to the US.

“I find this totally unacceptable. We see clear signs that the Americans want to convict him, or have convicted him already. We will now see whether his concerns were justified or exaggerated", he said.

According to the lawyer, there might be a classified request for the Australian activist’s extradition from the US, or it might be filed now.

“We will find this out within few days. The US might have been playing their cards secretly up till now but they cannot do it anymore", he said.

The UK police arrested Julian Assange inside the Ecuadorian Embassy in London, where he had been residing since 2012 fearing extradition. However, Ecuadorian President Lenin Moreno confirmed on 9 April that the country had withdrawn his status over Assange's alleged violations of international conventions.

Assange is currently being held in custody. His mother said on Twitter, citing his lawyer, that the prominent whistleblower was likely to appear before a UK magistrates' court within 24 hours.

The activist has repeatedly said that he feared extradition to the United States due to the fact that he had published thousands of leaked classified US government documents, exposing American atrocities in Iraq and Afghanistan.