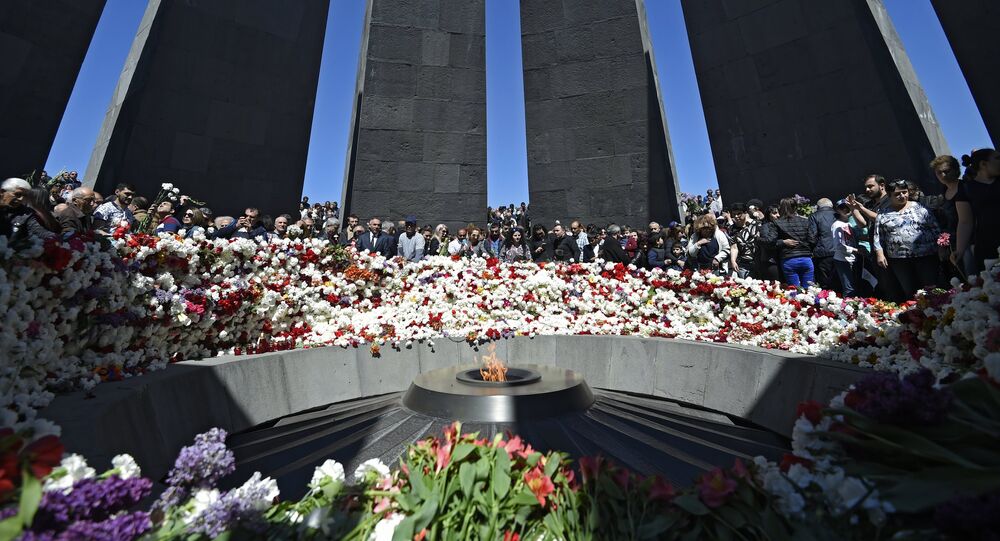 ROME (Sputnik) – The lower house of the Italian parliament passed a resolution, calling on the country’s government to "recognize the Armenian Genocide in the Ottoman Empire and to draw international attention to the issue".

The resolution was passed on Wednesday by 382 votes in favor of it with 43 abstentions. Notably, the 43 lawmakers who abstained are members of the center-right Forza Italia party, led by former prime minister Silvio Berlusconi. Other lower house parties supported the document.

"With a criminal delay, Italy is finally recognizing one of the most sinister pages in the history of mankind. No economic or diplomatic logic would ever allow us not to state the exact name of the massacre of innocent people. It was a genocide and so it should be written in history textbooks", Massimiliano Capitanio, the lawmaker from the ruling right-wing Lega party, who heads the Italian-Armenian inter-parliamentary friendship group, said after the vote.

Notably, media have reported that when the motion was introduced in the parliament earlier this week, that the Foreign Ministry of Turkey, which denies the genocide, had summoned the Italian ambassador to Ankara, asking him to explain the situation.

"We strongly condemn the Italian Parliament’s most recent attempt at distorting and politicizing our nation’s history. This is unproductive, hostile and deplorable. Instead of attacking each other’s memories, we must all work together to ensure that truth prevails over fiction", Altun wrote on Twitter late on Wednesday.

According to different estimates, over 1 million Armenians were killed or starved to death by the Ottoman Empire during and after World War I. While 23 states have recognized the Armenian genocide, Turkey has repeatedly denied accusations of committing the mass murder of Armenians, claiming that the victims of the tragedy were both Turks and Armenians.