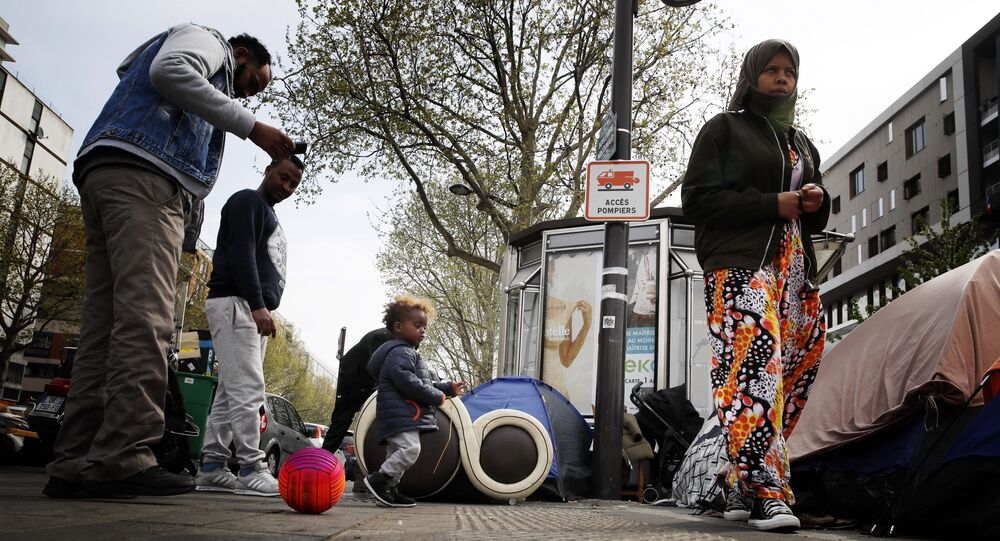 Migrant Tries to Pass as Teenager in France, Turns Out to Be 47 Years Old

The stunt didn't go as planed as French cops enlisted the help of their Spanish colleagues, who revealed that the man had already applied for a visa using his real passport.

French police have unmasked two cheeky migrants who have pretended to be unaccompanied minors in a bid to qualify for child protection.

As first reported by the daily Sud Ouest, the two men presented themselves last week at a police station in Angouleme in the Charente department, mid-west France. They claimed to be 16 years old, which would make them eligible for the 'unaccompanied minors' program (MNA) and child welfare.

One of them provided a birth certificate, which indicated that he was born in Guinea in 2002. The police did not fall for this stunt and, suggesting that he might have entered France through neighbouring Spain, requested information from Spanish authorities.

They discovered that one of the apparent teenagers was in fact a 47-year-old man, who had already tried to apply for a visa in Spain in 2017 and presented a passport with his true date of birth.

Charente officials ordered him to leave French territory and placed him in a detention centre in Rennes.

France classifies foreign unaccompanied minors as those under the age of 18 who do not have a legal representative in the country. France commits to protecting such migrants until they turn 18, even if they haven't applied for asylum (after that age, they must bid for asylum in order to say in the country). They have the right to education, healthcare and labour, and are also eligible for financial assistance and accommodation if they are homeless.

The European migration crisis, which broke out in 2015,  caused an increase in the number of unaccompanied minors arriving in France. The French office of the European Migration Network estimates that the number skyrocketed from 4,000 in 2012 to 13,000 in 2016, and reached 25,000 in 2017.

Only a few of them apply for asylum, however. In 2017, the French Office for the Protection of Refugees and Stateless Persons (OFPRA) registered only 591 asylum claims from unaccompanied children — an increase of 24.7 per cent, compared to 474 in 2016.

A third of the unaccompanied children seeking asylum in France came from Afghanistan, and other major destinations include Sudan (12.4 per cent), the Democratic Republic of Congo (9.3 per cent) and Guinea (6.4 per cent).