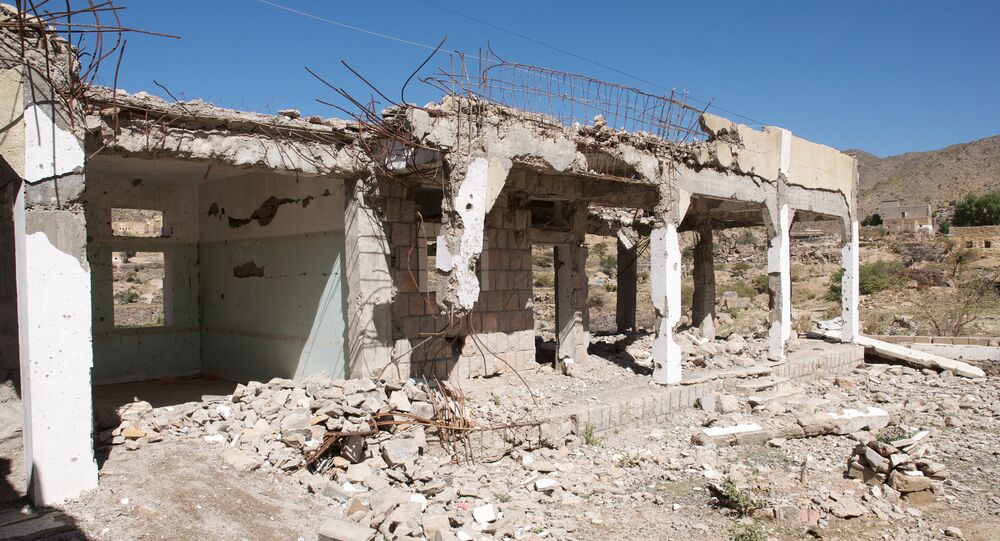 MOSCOW (Sputnik) - Three major human rights watchdogs — Amnesty International, Human Rights Watch and Rights Watch UK — will join the Campaign Against Arms Trade (CAAT) in court this week to appeal a 2017 ruling that permitted the United Kingdom to continue exporting arms to Saudi Arabia for its alleged use in the Yemeni conflict.

The anti-arms group has repeatedly criticized London for delivering arms to the kingdom, stressing that it made London complicit in Riyadh's alleged human rights abuses in Yemen. The CAAT initially initiated court proceedings against the UK arms policies in 2017. However, the court dismissed the group's case, with London having continued its arms sales to Saudi Arabia. In May 2018, the CAAT was allowed to appeal the court's ruling. The hearing of the appeal is set to be held on Tuesday.

"Amnesty International, Human Rights Watch and Rights Watch UK will tomorrow join a fresh legal challenge to the UK’s continuing arms exports to Saudi Arabia. The three organisations are intervening in a case brought by Campaign Against the Arms Trade (CAAT) at the Court of Appeal in London seeking to challenge the legality of the UK Government’s decision to issue licences for arms exports to Saudi Arabia for use in Yemen, despite the risk of the weapons being used for serious violations of international humanitarian law in the conflict,“ Amnesty International said in a press release.

According to the CAAT, the United Kingdom has exported arms worth 5.7 billion pounds ($7.45 billion) to the Saudi-led coalition conducting airstrikes in Yemen since the start of the conflict in 2015.

READ MORE: UK Sold Over $7Bln Worth of Arms to Saudi-Led Coalition Since 2015 — Reports

The Saudi-led coalition has been engaged in the civil war in Yemen since March 2015, when it started to carry out airstrikes against the Houthi armed rebels at the request of Yemeni President Abd Rabbuh Mansur Hadi. The Yemeni civil war has claimed almost 7,000 civilian lives, while over 20 million people in Yemen are currently in need of humanitarian assistance, according to the UN estimates.