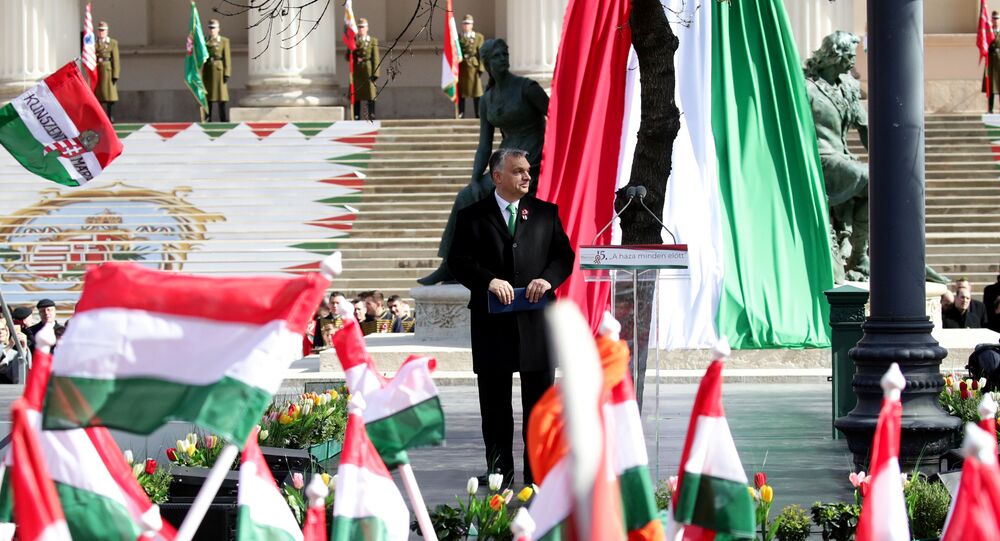 In March, Hungarian Prime Minister Viktor Orban’s ruling Fidesz Party was suspended from the powerful right-wing conservative alliance in the EU – the European People's Party - despite the upcoming EU parliamentary elections scheduled for 23-26 May.

Hungarian Prime Minister Viktor Orban has described the upcoming EU Parliament elections as an event where “Europe will choose its future”.

“Will Europe remain European or will we give way to the masses coming from other cultures? We will decide whether we protect our Christian European culture or give way to multiculturalism”, he underscored.

According to him, the decision may take the form of a relatively straight choice across all EU members falling “between EU leaders from the pro-immigration parties or from those that oppose immigration”.

The remarks came a few weeks after representatives of the European People’s party (EPP) voted to immediately and indefinitely suspend membership of Orban’s Fidesz Party in the right-wing conservative alliance.

Fidesz is accused of undermining the rule of law in Hungary and launching poster campaigns vilifying Jean-Claude Juncker, the European Commission president and an EPP member.

In a letter to conservative European leaders who earlier initiated the exclusion of the Fidesz Party from the EPP group, Orban, in turn, apologised for offensive language but said that he does not wish to change his position on migration, the protection of Christian culture and the future of Europe.

In the letter, Orban reportedly asked the leader of the Flemish Christian Democrats, Wouter Beke, to reconsider his proposal to expel the Fidesz Party.

Earlier, MEP Manfred Weber told the Bild newspaper he “must immediately and permanently end his government's anti-Brussels campaigns” if he wants his Fidesz Party to remain in the EPP.

© REUTERS / Leonhard Foeger
Hungary May Be Unable to Stop Possible Migration Attack on Its Border – Official
In February, a campaign against EU migration policies was launched in Hungary, three months before the bloc's elections, prompting fury in Brussels.EU Commission President Juncker accused the campaign of spreading “lies” and urged the EPP to force Fidesz out despite the upcoming European parliamentary elections.

This followed Orban stating in January that Hungary wants to gain an anti-immigration majority in EU institutions, including the European Parliament and the European Commission.