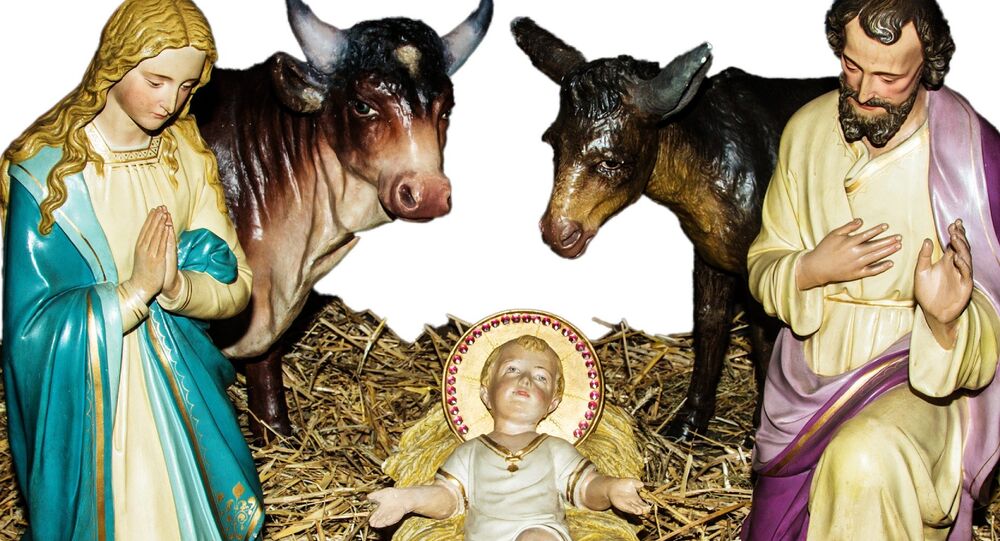 The guide reportedly provides a number of LGBT-related definitions to biblical characters such as Joseph, Mary and Jesus himself.

A diocese of the Church of Sweden has recently released a new guide for "Christian queer kids", local news website Nya DagBladet reports.

According to the media outlet, the guide “contains definitions and concepts, a bit about the Bible and LGBTQ, as well as Bible stories that it claims are related to LGBTQ people”.

© CC BY-SA 3.0 / Christina Ericsson / Alhemskyrkan
'Lie Low': Swedish Church, Radio Hush Up Muslim Death Threats Against Parish
The definitions explored in the guide include terms such as like "cisperson", "gender fluid", "non-binary," "queer," "two sex norm"  and "rainbow fairs". The document also reportedly insists that the Bible is not against homosexuality.

Jesus himself is described by the guide as a person who “broke the norm” and was “queer” for the way he lived his life, with the guide further claiming that he "did not defend the traditional family."

Jesus’ mother, Mary, dared "to break traditional sex norms in a patriarchal society", while his father Joseph turned out to be a person who "breaks the norms in terms of gender expression and probably went in a suit intended for a king's daughter", the guide reportedly states.