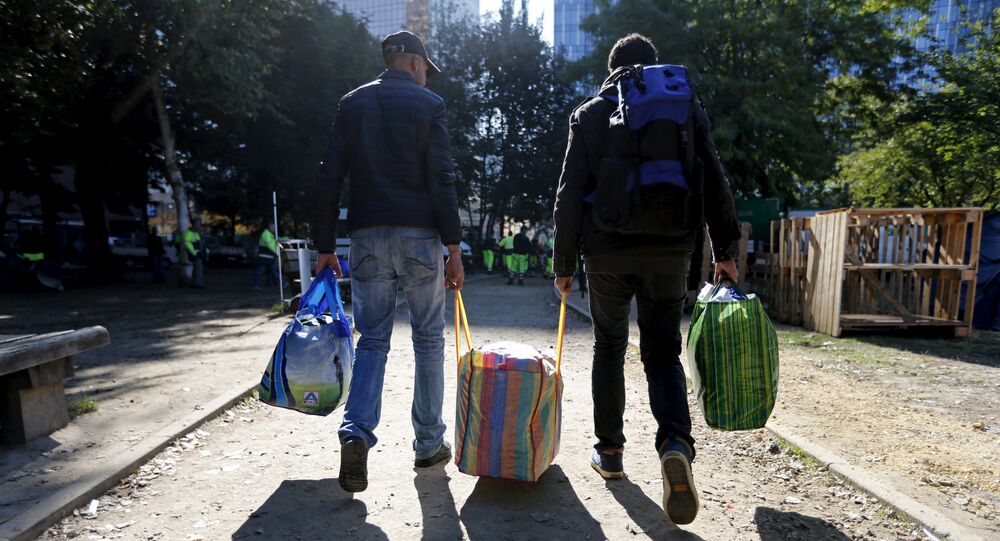 The Belgian migration authorities came under fire earlier this year over allegations that they might have granted visas to hundreds of Christians, who fled Syria, through an allegedly corrupt scheme. The whereabouts of over 100 of these Syrians is unknown.

The White House has sent a letter to Belgium’s Foreign Minister Didier Reynders demanding an explanation for granting visas to 1,500 Syrians, the broadcaster RTBF reports. The country’s foreign ministry, however, has denied receiving such a letter, noting that the only thing they found was an email from an employee at the US Embassy who asked to clarify statements made by Belgian Immigration Minister Maggie De Block about humanitarian visas, namely, the information that some recipients would not register in the communes.

Yet, neither the Immigration Office nor the minister has commented on the subject by the time of publication.

Over the past several months, the ministry and its former head Theo Francken have been under fire after it was discovered that 1,500 people from Syria had received humanitarian through various intermediaries. An investigation revealed that the location of 121 Syrians had been lost. Most of them were involved in the case the Belgian city councillor and member of the right-wing Flemish National Alliance, Melikan Kucam.

In January, he was arrested for allegedly selling humanitarian visas to refugees from Syria. The charges against him include trafficking, corruption, and extortion. The politician, who is an Assyrian himself, is believed to have used his position in the Assyrian community of Mechelen.

He is suspected of charging up to €20,000 for placing Syrians on the list of people, eligible for the visa, sent to Theo Francken, who was immigration minister at the time. While Kucam denies receiving money for this service, saying intermediary agencies might have profited, no evidence indicated that the government had been involved in the alleged scheme.

In the wake of the scandal, Francken, who left the ministry post in December 2018 stated he "did not have any indication that something was wrong”, defending his policies. His successor Maddie De Block, on the contrary, said that she would work through UN channels and cut off the use of intermediaries, noting that “Giving money for a humanitarian visa is totally wrong”.

Commenting on the recent report about the US demands, Francken insisted that it is a leak from the current government in order to harm him. He also doubted that saving Christians would be a problem for the Trump administration.

Belgium is one of the 50 countries whose travellers are granted with preferences from the US with Belgians not needing to get a visa to go there, but only an ESTA application. At the same time, Syria has been blacklisted by Washington, who has restricted entrance to Syrian nationals.